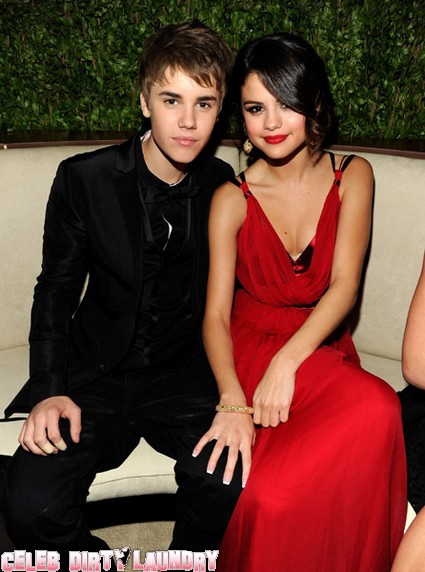 Is the latest round of stories regarding the breakup of Justin Bieber and Selena Gomez simply the bloggers looking for traffic or is it based upon substantial evidence?  New reports today are saying Selena wants a relationship where she is “just friends” with Justin because his bratty immaturity is more than she can take.

While Justin’s immaturity has been a topic of conversation in the media lately, Selena seems to be maturing rather quickly.

Justin surprised Selena on Thursday when he flew to Philadelphia to see her at her latest concert tour stop. The two immediately embraced and were all warm and cozy at every opportunity.

The latest report stems from a rumor that Justin got caught texting Jasmine Villegas. It also says that Selena is not happy about Justin’s choice of new friends like Chris Brown and Sean Kingston.

Rumors says that although Justin was very upset over Selena’s decision, Selena isn’t sitting home and weeping.   In fact she is out on the town with Shia LaBeouf, a more mature man of 25.  How Selena had time to date Shia while she is away on tour is a question that should be asked.

This latest news of their break-up seems like a natural result of all the rumors flying around in the last few weeks, but even if false it may contain the kernel of truth of the couple’s inevitable future. Selena is growing up much faster than Justin – as woman often do, and she just might need a more mature guy soon.

Selena went from teenager to woman overnight and even the way she holds herself during TV interviews says “adult.” Justin is still pulling kid pranks and acting like a high school student, probably because he is!  His recent T-Shirt laced with profanity on a shopping trip in LA was something a punk kid would wear.

His pants hanging half way down his rear-end at the “Teen Choice Awards” and flashing the crowd with his boxers as they fell further south with each step, is more proof that Justin is a kid.

Justin must have a more serious side but from what we see Selena will be moving on soon.