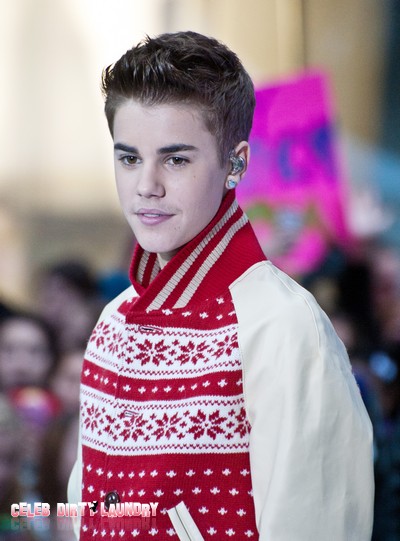 Justin Bieber might have found himself a new friend in Robbie Powell, the man whom Mariah Yeater claimed was her son Tristyn’s biological father in those text messages she tried to have destroyed.

Text messages sent by Mariah and her mom to a ‘friend’ indicated clearly that she believed ‘Robbie’ is the baby’s daddy, as was revealed on November 17. Mariah, who also accuses Justin Bieber of fathering her baby, tried to cover up the text messages – which pretty well blows her case out of the water – especially since Justin rushed forward to take his side of the paternity test.

But now TMZ reports that Robbie wants a paternity test of his own!! He claims he is tired of Mariah using their poor son as leverage to blackmail Bieber and for media attention. Robbie goes as far as to say that Mariah told him that her case against the Biebs is pure bullsh*t:

The ex-boyfriend of Justin Bieber’s alleged baby mama has no doubt … he’s the daddy of the baby she claims Justin fathered … and he wants to take a DNA test to prove it.

Sources close to Powell tell TMZ … he’s making his move because he’s tired of Yeater using the kid for media attention.  Our sources says Robbie has been telling friends … Mariah told him the whole Bieber story was BS. We’re told Robbie believes she did it for the money because she’s desperate for cash.   According to our sources, Powell has been approached by several media outlets to tell his story and he’s reviewing his options.  We’ve reached out to Mariah’s lawyer. No word back.

So as they say – my enemies enemy is my friend – and in this case we can report that Robbie is doing Justin Bieber a solid. Robbie might well earn himself a pretty penny if he is willing to pursue his claims of fatherhood against Mariah.