Justin Bieber Gets Eggs Thrown At Him – Video 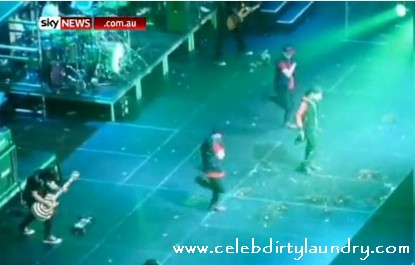 Justin Bieber is on his world tour and on the Sydney, Australia leg of the tour the Aussies were not very nice too him and he almost ended up with egg on his face.  Justin was performing at Sydney, Australia’s city’s Acer Arena Friday night when six eggs were thrown at him from the crowd.  They just missed hitting him.  I guess there are a few un-beliebers in Sydney.  To give Justin credit he did not have a tantrum or get pissed off he backed up let them clean it up and continued the show.

Justin is not finished his Australia tour he has concert in Melbourne, Hindmarsh and Perth scheduled.   I wonder if rather than have metal detectors when people enter his concerts in the future they will they have egg detectors – LOL.  Justin was pretty cool about it check the video below.  Wonder if he would have been as cool if they had hit him – probably not!