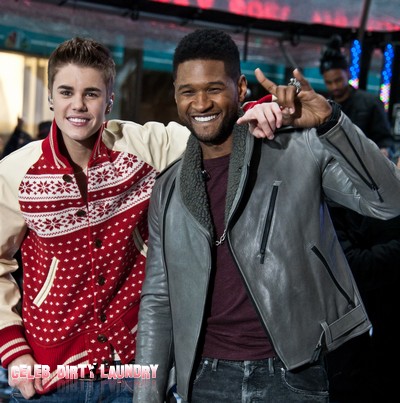 Usher‘s former wife, Tameka Raymond, ostensibly doesn’t want the man who brought us Justin Bieber seeing his own children any longer. Tameka filed court documents in Georgia asking the singer to be stripped of joint physical custody of their sons Usher, four, and Naviyd, three, because he has failed to fulfill his legal obligations.  This is really just a smoke screen for an attempt by Tameka to grab more money from Usher – whose income has soared since his 2009 divorce because of his affiliation with Justin Bieber.

Usher’s income has multiplied many times over due to the unprecedented success of Bieber – and Tameka wants to grab a piece of that new pie. So Tameka is using the only leverage she has, which is Usher’s access to his children, to make him pony up more money.

According to documents filed, Tameka claims her former spouse has repeatedly failed to seek her permission to take the boys out of state, get her approval before hiring nannies, make her the first person he asks to look after the children when he is away for more than eight hours, all of which he is legally obligated to do.

She also alleges the 33-year-old star failed to allow her to have custody of the children for two weeks this summer or during the Christmas break in 2010, despite previously agreeing the access, and claims he closed her Saks 5th Avenue credit card after specifically saying he wouldn’t so she can no longer take advantage of the “special benefits” the card offers.

Usher is allegedly behind on $34,000 worth of payments after promising Tameka $5,000-a-month to pay for a nanny.

Tameka is in essence pressing a trumped up case against Usher – and it’s all just to grab more cash – in a roundabout way we can blame Justin Bieber – or at least his amazing success.