Kim Kardashian Is Desperate To Reunite With Her Ex Reggie Bush 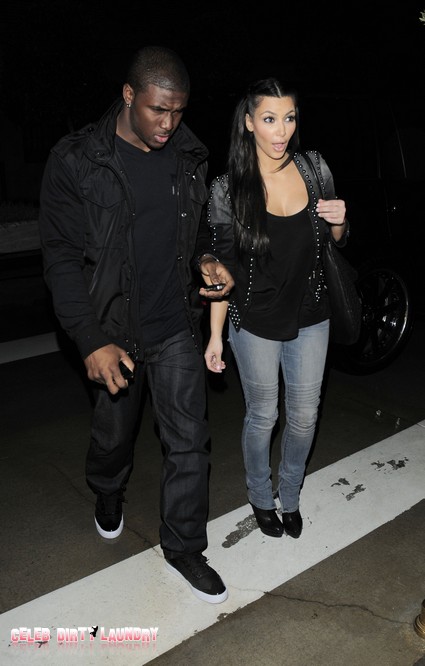 Kim Kardashian, 31,  who dumped her husband of just 72 days recently is said to be desperate to reunite with her ex boyfriend Miami Dolphin’s player Reggie Bush, 26.   Kim began dating Reggie after being introduced by Matt Leinart at the 2007 ESPY Awards.   The had an on again, off again relationship.  They split on July 27, 2009 and got back together on September 28, 2009.   They split again in late March 2010.   Reggie would get together with Kim but he has conditions.

An inside source reports, “Reggie would take Kim back, but he’s making it absolutely clear he does not want their relationship to appear on her show.  He refuses to have the camera’s follow his every step with Kim and record their private conversations.”

This is not the first time Reggie has refused to play for the cameras.  Kim’s mother Kris Jenner tried to get Reggie to call Kim  the night of her wedding to Kris.  Momma Kardashian thought it would be a ratings blockbuster but Reggie said no way!  At the time Reggie was reportedly doing everything he could to persuade Kim not to marry Kris.  Everything except of course agree to have cameras follow him around.

Reggie insists that Kim has to choose him over her reality show if she wants him back.  But an insider reports she will not do it.   Kim loves the almighty dollar more than she loves any man!