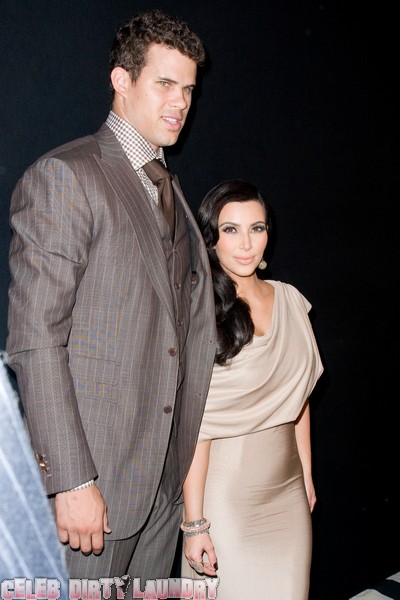 We’ve heard that Kim Kardashian and Kris Humphries’ wedding special aired on E! last night, but we don’t know for sure because we don’t get sucked into their fake web of lies. Still, the world has been clamoring about when Kim and Kris are going to pump out some babies, so we’ve got you covered — if you care.

They’ve pimped out their lives, careers and everything else, in order to reach for the almighty dollar. So the only next logical step is to famewhore out their relationship and the rumors about babies until the public is so sick of it that these two have no other choice than to give in and have a child.

Afterward, they’ll do with that baby what Kris Jenner has done to her kids. “Help them” into careers in the spotlight, making oodles of money for doing absolutely nothing, entertaining the working class fools who have dead end jobs and lame pay.

Scary how that works out, isn’t it?

Still, Kim wants you to know that she has stuff to do before she puts her babymaker to work for the masses again.

She said, “I think we want to figure out where he’s going to play and where we’re going to live. Give us a year.”

So we’re wondering how many fake magazine stories will come out between now and then that suggest that she’s pregnant, thinking about babies, or waiting to do so? Fifteen? Twenty? I imagine that solely depends on how much the tabloids are willing to fork over for their “exclusive” quotes.