Kirstie Allie Says No Skimpy Outfits For Her On DWTS 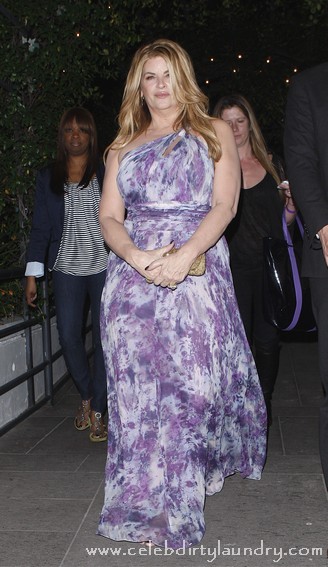 Kirstie Allie, 60,  who has admitted she was asked several times to do Dancing With The Stars says we won’t see her in any of those skimpy outfits that women wear on the show when she competes on DWTS.  She said,   “I’m not showing my junk until I’m ready.  I’d like to lose about three spare tires still.”  Good for her – it will be nice to see a regular sized women competing!

Kirstie says the reason she turned down DWTS so many times was because the time was just not right for her.   She could not get her head around mentally and physically to accept the challenge.  She says the reason she accepted this time was she wanted to do it before it was too late.  Kirstie is determined not to be voted out early and is intending on winning the Mirror Ball Trophy.  Kirstie does not care if she has to call on some of her friends to help her.

Good for her when I found out she was 60 I was shocked.  She looks years younger – she has such a youthful look.  I am excited to see Kirstie on the show the season I am sure she will make it entertaining.  Just in case you missed the official cast list of DWTS go HERE.    The show starts March 21st, 2011 make sure to come and visit us weekly for the recaps.