Kris Humphries Has Proof That Kim Kardashian’s BUTT IS FAKE 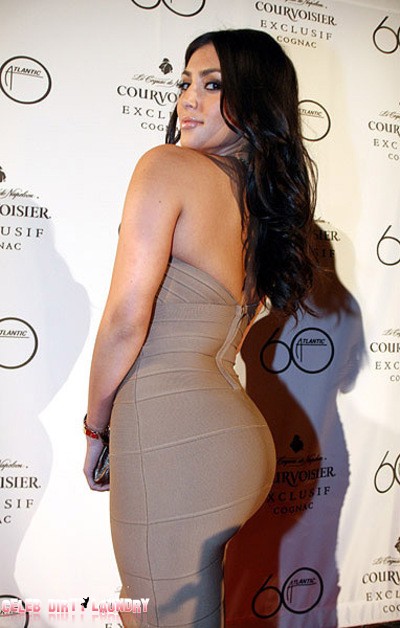 As Kim Kardashian and Kris Humphries lawyer up in preparation for a mega-divorce battle – set to match their mega-bullshit wedding – Kris has begun to attack from the rear… or at least attack Kim’s rear, claiming he has proof that her butt is fake.

Whether or not Kim’s butt was made in a doctor’s office or is natural is not the main point here.  What matters is that Kris is standing up to the Kardashian-Jenner mafia and attempting to hit back right where it hurts.  Kim can’t even dream of denying that she has had dozens of cosmetic surgery procedures – just look at her pics over the years – but she has prided herself on her ass, ridiculous as that is, claiming it’s real, her own and all natural.  A natural ass, that’s Kim.

But now Kim who is separated and in the process of divorcing her husband of 72 days is in for a surprise as sources are reporting that Kris claims he has proof that will expose her butt to the world as fake.

From the Print version of National Enquirer: Kris filmed a video that proves his estranged wife’s prized posterior is phone!  Kris remarked to pals that, while he loves Kim’s shapely bottom it’s not the same as what you see on the red carpet or TV.  Kris told his buddies that it takes a lot of work for Kim to make her bottom look as good as it does, said one source.  He revealed all her secrets — how she uses “booty pads” Spanx and other things to enhance it.  When she takes off the Spanx, the pads and everything else, it’s not the same.    He knows what the real thing looks like – because he has recorded it on his cell phone camera.

Does Kim deserve this behind the scenes manoeuvre on Kris’ part?  Can we assume that will this be the end of Kim’s all natural big fat booty reputation?