Lindsay Lohan Stealing Necklace Might Not Be A Felony After All 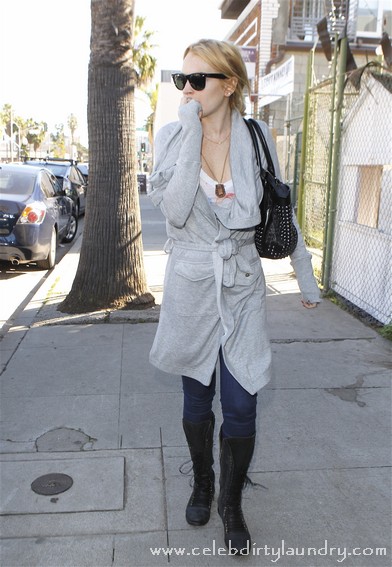 It seems that Lindsay Lohan’s poor taste in jewelry could be the key to her defense since her lifting the necklace in question may not constitute felony grand theft.

In order to charge a defendant with a felony, the item in question must have a fair market value of more than $950.  The key here is ‘fair market value’ – that is not the same as the selling price.  It is the price that the market will bear for something.  The fair market market value of a peanut might be a few cents – if I put a price tag on it of $2500 and you steal it you will not be guilty of felony grand theft.

Kamofie & Company was selling the necklace for $2,500 but three prominent jewelers in L.A. claim the price tag is grossly inflated.

A Santa Monica jeweler said the necklace is “a dime a dozen,” and he wouldn’t think of selling it for more than $1,000.

A downtown L.A. jeweler says if the item is retailing for $2,500, it means “the stone is cheap,” adding, “It’s most likely an industrial-type diamond, not gem quality.”  He says the necklace is worth no more than $900.

A San Fernando Valley jeweler says, “I don’t believe this necklace has 8 carats of diamonds.  It’s so thin.”  She says the chain would sell in the jewelry district of downtown L.A. for $800 tops — and probably less.

Under California law, if the necklace is worth $950 or less, Lindsay could only be charged with petty theft, a misdemeanor which means the maximum penalty is 6 months in L.A. County Jail.

If Lindsay’s lawyer, Shawn Chapman Holley, can convince the judge that the necklace is worth less than $950 then Lindsay will have beaten the very serious charge of felony grand theft even if she stole the necklace!