Maria Shriver Runs To Oprah In The Wake Of Schwarzenegger Admission 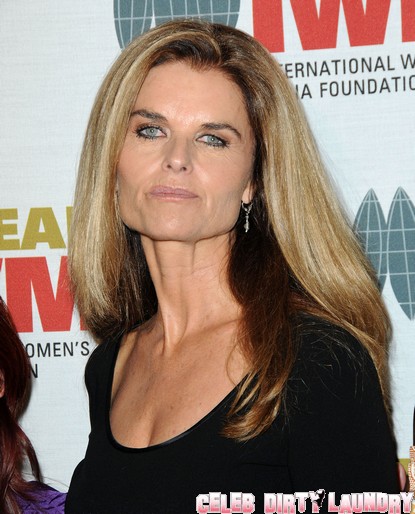 Maria Shriver, the estranged wife of Arnold Schwarzenegger appeared Tuesday before a crowd of 15,000 and a pack of A-list stars to celebrate the final episodes of Oprah Winfrey’s show.

Half a day after her husband stunningly confessed to fathering an illegitimate child over a decade ago with a housemaid, Shriver took the stage at Chicago’s United Center alongside Gayle King (Winfrey’s other best girlfriend) around 10 p.m. Shriver paid tribute to her close friend: “For more than 30 years you have bestowed upon me the most amazing friendship,” said Shriver, who has four kids with Schwarzenegger, 63.

“You have shown love, support, wisdom, and most of all,” she said, with a big, meaningful pause, “the truth.”

Winfrey tightly squeezed her hand as the crowd erupted in applause.

“Over the years, you have shared that very generous spirit – you’ve believed in others, so they can believe in themselves.”

Shriver could certainly use some kindness now. Earlier that day, she released her own statement about her estranged husband’s shocking admission. “This is a painful and heartbreaking time,” she said. “As a mother, my concern is for the children. I ask for compassion, respect and privacy as my children and I try to rebuild our lives and heal. I will have no further comment.”

Monday it came out that the other woman was Mildred Baena, who worked as the family’s housekeeper-assistant for over 20 years, and allegedly gave birth to Schwarzenegger’s son 14 years ago. It also appears that Mildred and Maria were both pregnant at the same time with Arnold babies. Maria must be soooo pissed!