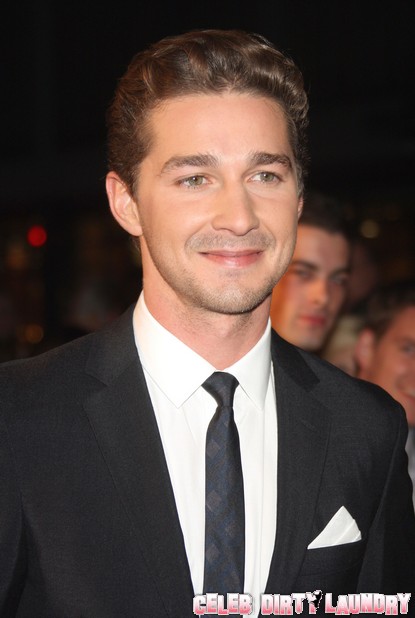 Okay, I can’t say that I’d ever kick Shia LaBeouf out of bed, he’s a bit of a cutie, in a ferret-like sort of way. So his Transformers co-star, Megan Fox, was basically a nobody when the first movie was filmed. So it’s reasonable to think that she may have thought that she could bone Shia after washing Michael Bay’s car and become some A-list actress.

Oh — it’s all in the name of chemistry, too. Who knew?

Shia talked to Details magazine, and when asked about hooking up with Megan, he nodded affirmatively. He gave up the dirt, too, because no one can ever accuse Shia of being a gentleman.

You know what? I believe this. Primarily because when the second movie was coming out, Megan talked about her favorite scene, saying it was the kissing scene with Shia. Still, in this part of her career, she hadn’t been overcome with that self-entitled crap that Hollywood does to you.

I think she was hooking up with whoever she could to try and further her career. Prior to that, she was just David Silver’s girlfriend. I’d be remiss if I didn’t mention my laughter at Shia’s comment of “chemistry onscreen”, like she could have any type of chemistry with a plant, let alone another human being. He’s a character, isn’t he?