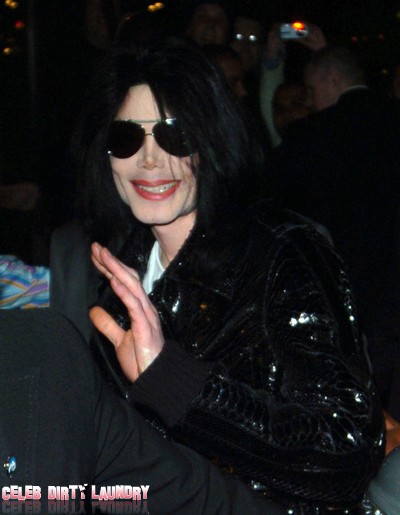 Michael Jackson‘s family and estate are desperate to have MSNBC cancel the airing of a documentary about Dr. Conrad Murray on Friday – ‘Michael Jackson and the Doctor: A Fatal Friendship.’ The documentary follows the jailed Dr. Murray for five months after MJ’s death under his care in June 2009. The show continues right up through his trial for involuntary manslaughter, which ended with him being found guilty on Monday and immediately taken into custody.

La Toya Jackson who has been trying to find a way to get it stopped, tweeting earlier today: “I’ve been speaking 2 Legal since yes2day 2 C how we can prevent this from being aired.”

Her brother, Jermaine, appears to prefer ignoring the documentary and the attention it will bring to Dr. Murray, who is in custody awaiting sentencing at the end of this month.

He tweeted: “I hear all upset/frustrations re Murray [documentary]. It’s shameless and sickens me too, but I choose not to give it attention/controversy it craves.”

“We’ve bigger battles to fight than against the meaningless words of a liar whose version of events was unanimously rejected by a jury.”

The co-executors of the late ‘Thriller’ star’s estate, John Branca and John McClain, have also sent a letter to a number of TV executives, blasting the decision to air the documentary so soon after the trial and asking them to withdraw it.

An excerpt from the letter reads: “No sooner was Conrad Murray led away in handcuffs after his conviction on manslaughter charges in the death of Michael Jackson then we discovered your MSNBC network inexplicably will show him in prime time Friday night as if he is worthy of celebrity.”

“Since when was Dr. Murray ever Michael Jackson’s friend? Since when does any doctor – let alone any friend – act in such an irresponsible manner in the care and treatment of another human being?”

“MSNBC gives Conrad Murray a platform to shift the blame post-conviction to Michael Jackson, even though a jury considered the evidence and rejected this very argument.”

I don’t believe in censorship – I don’t believe that people need protection from information in any form: art, film, literature, opinions, science, religion, music, documentaries, etc. – if we allow the prevention of the presentation of material that is offensive to some people then we will never get to see anything at all – because everything is offensive to one group or another.