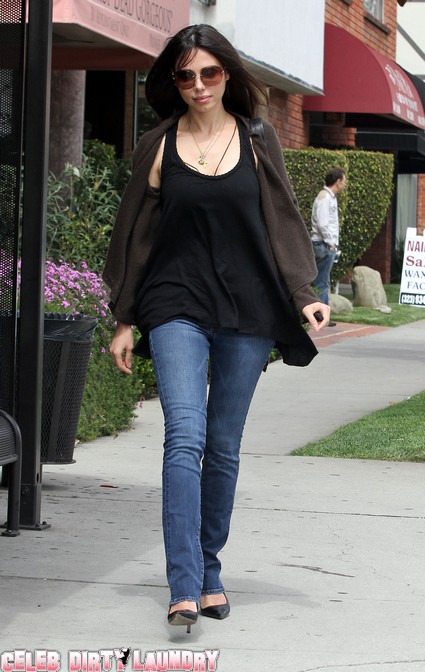 It takes Oksana Grigorieva to find an accountant that tells her that the $750,000 settlement she was forced to accept from Mel Gibson last week beats the $15 million she could have had originally.  Oksana is telling friends that she accepted last week’s deal because it’s really worth at least $3 million over time.

The scheming Oksana supposedly had a forensic accountant analyze the recent deal compared with the $15 million settlement from 2010 that she ultimately refused.

“The previous offer was structured in a way that made its value less than $1 million,” Oksana’s lawyer Daniel Horowitz says.

“Moreover, it required Oksana to surrender to Gibson all evidence in the criminal case against her, which could have made her subject to criminal charges ranging from bribery to destruction of evidence.”

Grigorieva’s lawyers value the present settlement, which includes 16 years living rent free in a $1.8 million home, the $750,000 in periodic payments, the payments of attorney fees and rights to her album and videos “at over $3 million,” Horowitz said.
You can read how her legal team broke it down HERE!

“Another main difference is that Oksana was able to pursue the criminal case against Gibson which would have vanished if she pursued the first deal,” added Horowitz. That certainly worked out to be a big nothing for Oksana as Mel was allowed to plead no contest to a charge of battery against Grigorieva and was placed on three years of probation, ordered to do 16 hours of community service and undergo domestic violence counseling program. In other words Mel received a slap on the wrist.

Oksana set Mel up and lied all over the place about what really happened between them. She went through bunches of lawyers in her attempts to ruin Mel and make herself rich. In the end Mel Gibson remains a brilliant actor, director and producer and Oksana remains an obnoxious gold digger.