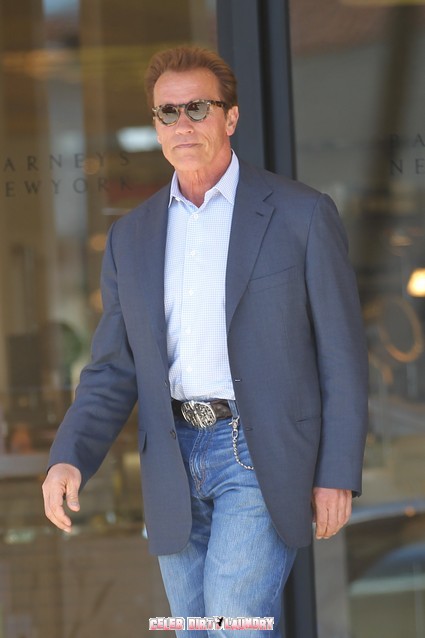 Arnold Schwarzeneggar is furious that big-mouthed Oprah encouraged his wife Maria Shriver to abandon him over his infidelity and love child.

Even after the scandal over Arnold having sex and a child with housekeeper Mildred Baena exploded, he maintained hope that Maria would stay with him.  But now it comes out that it was Oprah who gave Maria the courage and conviction to dump the cheating bum!

“Arnold had totally believed he could convince Maria to stay with him, and that she wouldn’t have left without encouragement,” said a family friend.

“He thought the ‘leave the creep’ advice had come from Maria’s cousin/main family confidant, Robert Kennedy Jr”, but a mutual friend says Maria confided it was Oprah she first told the ugly secret to and it was Oprah who told her to run far and fast from ‘The Terminator.’

Now Arnold apparenly is seeking revenge for what he sees as Oprah’s meddling in his family affairs.  Whomever Arnold decides to blame for his grief and ostracization we know he need only look down at his little friend.