Pete Wentz Gets Heartbroken By Ashlee Simpson For Valentine’s Day 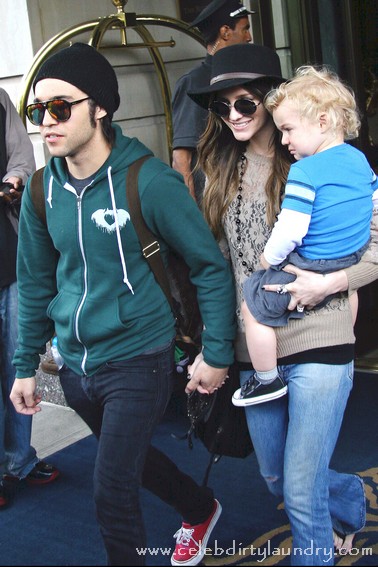 Pete Wentz, originally Peter Lewis Kingston Wentz III, is now heartbroken and inconsolable after his wife Ashlee Simpson, 26, took him by surprise by filing for divorce.

“Pete has been crying a lot to her about this,” a source close to the couple revealed.  “He is crushed, and does not want it to be over.”

But Ashlee is done with this marriage and wants the divorce finalized – a source said “Ashlee is done, she loves him, but she’s ready to move on.  When he traveled for work, she had a lot of time to think, and in the end she just felt happier without him.”  Yep – that’s real love.

The source went on “They married really young and have grown apart, she just wants to focus on her child and her career.”   Pete is obviously out of touch with his relationship since he was planning a special Valentine’s Day surprise for Ashlee.