Playmate Kendra Wilkinson Spices Up Dancing With The Stars Season 12 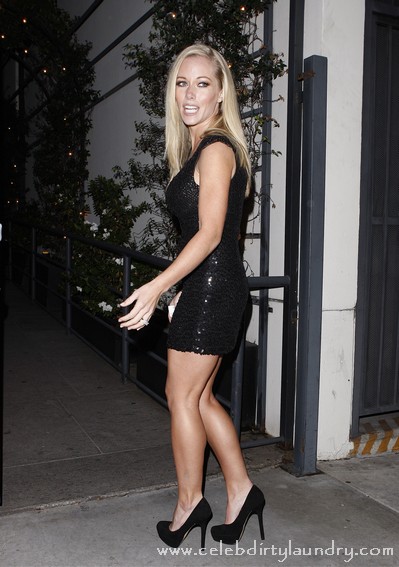 Kendra Wilkinson, busty blonde reality TV star, who rose to fame as one of Hugh Hefner’s three girlfriends in The Girls Next Door, is slated to be one of the eleven stars who will compete in the 12th series of Dancing With The Stars.

Kirstie Alley of Cheers fame will join Kendra and admitted she was worried about her first performance on the show, which kicks off on March 21.

Speaking at the launch Kirstie said: “We’re going to try to not fall on our butts the first week out.  That’s what I’m going for.”   Kirstie, age 60, was spotted arriving at a STK Steakhouse in West Hollywood for the show’s launch party barefoot in a tie-dye style purple dress.

Derek Hough – who is dating Cheryl Cole – announced earlier this year that he wouldn’t be part of the new series.

At least we can be thankful that this round of the show will be Pallin-free.