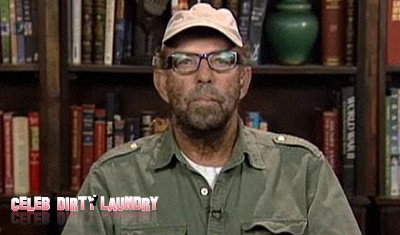 Captain Dennis Davern took and passed a lie detector test which proves that he was telling the truth when he said that Robert Wagner was responsible for Natalie Wood’s death 30 years ago.  Davern reportedly took the polygraph exam back in 2008 to prove he was being honest about his recollections concerning the night Natalie died. Some of these recollections are specifically: that Wagner told Natalie to ‘get of my fu*king boat’ just before she went missing; that Wagner told him not to call the Coast Guard once Natalie was missing; and Wagner instructed him to cover up what really happened on the boat the next day. We reported the details of Captain Davern’s recollections and they make Wagner look awful.

But here is the twist: even though Davern is telling the truth about what he recalls and believes – it might not be the truth!  This is because he was drunk on the night in question as he freely admits in the video. Davern said he was drinking scotch and wine that night and plenty of both.

Renowned polygraph expert Dr. Edward Gelb told TMZ that Davern’s “passing” of the polygraph only means he is being truthful about what he remembers, not that what he remembers actually occurred: “If you believed something occurred, you would run truthful. It doesn’t mean it happened – it means the subject believes it happened.”

This all means that on the night in question, the night of Natalie Woods’ death, what Davern recalls and what actually happened could be very different.

But now the second twist! On the following day Davern was NOT drunk when he was at Wagner’s home being told by Wagner to cover up what happened the night before on the boat. So at least part of Davern’s testimony accusing Wagner is true and validated.

Davern is telling the truth we believe. Wagner is guilty of more than he has admitted to and also of covering up the truth.

What do you think – is Wagner a bum? Was he at least partially responsible for Natalie’s tragic death? Sound off in the comments below!