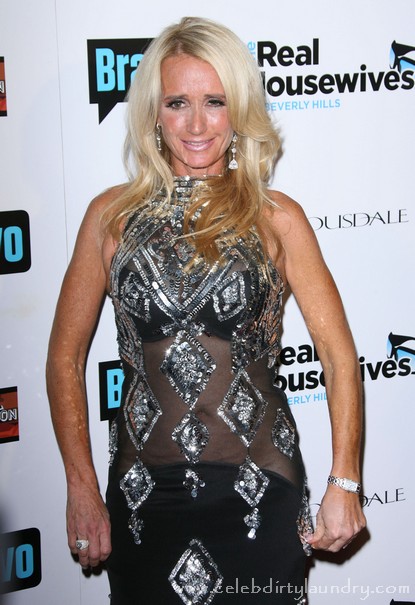 Real Housewives of Beverly Hills Kim Richards, 46, was at the airport in San Francisco and was drinking, popping pills and totally wasted last summer.  Kim was spoken to by airport security because airport staff deemed her too wasted to fly.  Kim was harrasing the staff because of flight delays to the point where they called security to control her and evetually they found out she wasn’t even at the right terminal.  Kim has a history of substance abuse problems and has had a stint in rehab.

TMZ further reports: “At one point cops say to Kim, “Have you had anything to drink today … [the staff] is kind of concerned about your sobriety.  We’re told Kim was eventually escorted out of the airport without further incident. “

Kim was a child actress in such shows as: Nanny & The Professor; Escape to Witch Mountain; Return to Witch Montain; Little House on the Prairie and several others.  Kim now appears on Real Housewives of Beverly Hills where on the finale, her sister Kyle alledged that Kim was an alcoholic and had been for some time. Kim’s family sent her to rehab, but she checked herself out after a week.