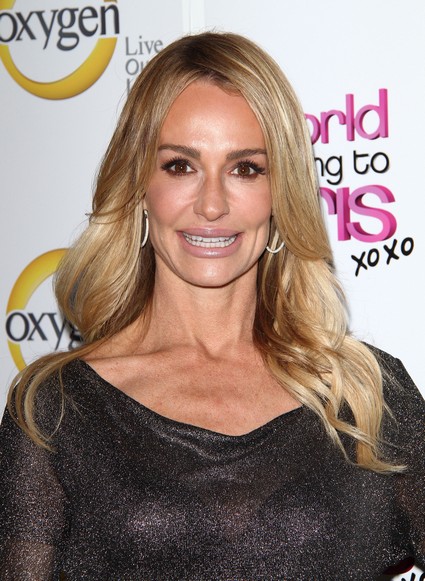 Just three months after her estranged husband Russell Armstong killed himself, “Real Housewives of Beverly Hills” star Taylor Armstong has penned a tell-all memoir.  The book, titled “Hiding from Reality: My Story of Love, Loss, and Finding the Courage Within” is set for release from Simon & Schuster on February 2012.

Armstrong told Entertainment Tonight that the 272-page book is meant to help women in emotionally and physically abusive relationships, “I hope my book gives readers a better understanding of my life and struggle, behind the scenes of all the Beverly Hills glamour, and will help women, and men, too, suffering in their own abusive relationships.”

So far, this season of “Real Housewives of Beverly Hills” has focused on Armstrong, who is outspoken about her therapy work and claims to have ‘found her voice’. However, on the show, Armstrong appears to be dealing with overwhelming emotion and at times seems to come apart at the seams. On a trip to Camille Grammer’s Colorado house, Armstrong has an emotional breakdown and spends the night in tears. Most of the cast downplay her dramatic behavior, blaming alcohol and the high altitude, but Lisa Vanderpump fears there is something else at work.  On another occasion, the women allude to rumours they’ve heard about possible abuse in the Armstrong household.

On the last episode of “RHOBH,” during a fight and impromptu intervention, Camille Grammar says, “We’ve been protective of you… Because we don’t say that he hit you, or he broke your jaw, or he beat you up. We don’t say that, but now we’ve said it.”

Abuse allegations from the 38-year-old Oklahoma native are sadly ironic, as Armstrong has been helping other victims of domestic abuse at Los Angeles 1736 Family Crisis Center since 2004.

Russell Armstrong, a venture capitalist, killed himself in August 16th 2011, a month after Taylor filed for divorce. The couple has a 4-year-old daughter named Kennedy.