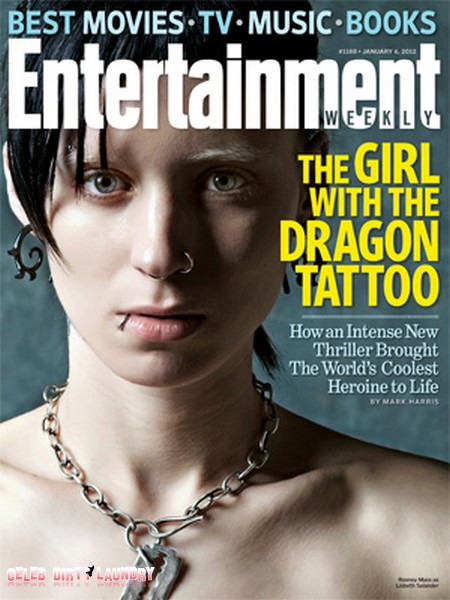 Rooney Mara is just another celebrity to grace the coveted cover of Entertainment Weekly.  And why not?  It’s not like she’s getting rave reviews or anything for her role in The Girl With The Dragon Tattoo…

All joking aside, Rooney looks nothing but awesome as she portrays her character Lisbeth Salandar.  I’m ashamed to admit I have yet to see it – tsk tsk tsk!!!  From what I’ve heard, Rooney is nothing but amazing, which pleases me to no end.

While she sat down with the magazine, she had a few things to say – including what she thought of big sister Kate’s role in American Horror Story.

“I think she’s so crazy in it. She scares me every week. For you to be able to be scared by your own sister…I think she’s brilliant in the show. She’s f—ing scary. She’s really good at playing a crazy person. I had no idea.”

Apparently Rooney moved to L.A and lived with her sister upon starting off in the acting business.  Sleep with one eye open Rooney…never mind, your Lisbeth Salandar, you rock sista!