Selena Gomez Back On Stage Tells Fans She Was Malnourished & Exhausted 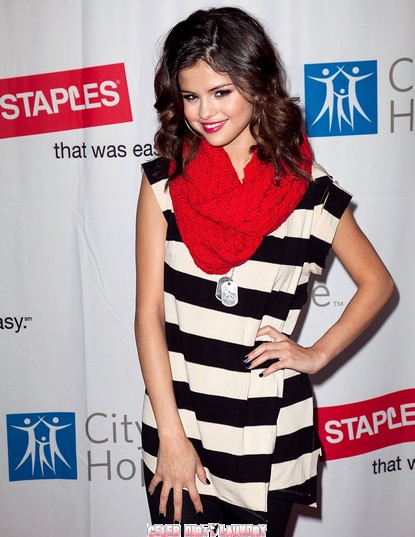 Selena Gomez, 18, was rushed to the hospital last week with an unknown illness.  Of course the rumor mill had it that she was pregnant since her and Justin Bieber, 17, had been spending a lot of time together.  However, it has since been confirmed that she is not pregnant.   Selena Gomez returned to the stage tonight for a gig.  Selena was supposed to hit the stage with her band The Scene for a concert to promote her new film Monte Carlo in Santa Monica, California on Friday past- but her hospitalization forced promoters to postpone the gig.

Today she showed up for the resheduled performance and a healthier Selena thanked her fans for their concern.  “If you guys came on Friday, I’m so sorry that I couldn’t be here… I love you guys very much.”

She went on to explain to her fans what was wrong with her: “I was just very malnourished… low on iron and exhausted.” I guess performing, promoting her new movie and trying to juggle a relationship with Justin Bieber must be stressful.  Selena has received death threats and nasty tweets from Justin’s fans The Beliebers.

We know who Victoria and David Beckham Godmother to their new daughter is?

Michael Douglas and Catherine Zeta-Jones With Their Children

Celebrity Families Come Out For A Good Cause