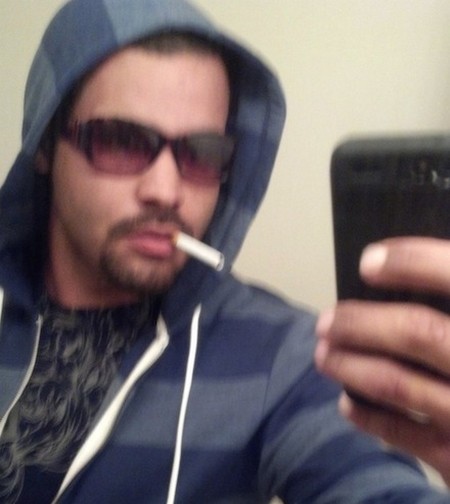 Kieffer Delp, the scorned ex-boyfriend of Teen Mom 2’s Jenelle Evans, sold nude photos of her to a popular gossip website yesterday. The site did not name its source for the photos, but hours earlier, Kieffer tried to sell those same photos to another site that declined to buy or to publish the images, but said “they leave little to the imagination.”

These photos were taken after her breast-augmentation surgery (breast implants) last Wednesday, which would mean they were taken less than a week ago. In fact, given that the couple split last Thursday, it is likely these photos were taken within 24 hours after Jenelle received her surgery, where she reportedly went from a 34-B for a 34-C cup.

Kieffer went back to New Jersey on Saturday, the same day Jenelle announced that she and Gary Head are officially back together.

That didn’t stop the three from engaging in bitter Twitter wars all weekend, though, with each party claiming they are simply responding to the other person’s insults. One post, in particular, that really seems to have set Kieffer off is when a fan tweeted to him that Jenelle must think he’s disgusting, and Jenelle chimed in to agree with the fan. “That’s why I chose Gary, Keiffer,” she tweeted.

“Keep talking [expletive] I will upload a pic of yur fingerin yur but lmao don’t start with me,” Kieffer fired back.

Jenelle then went silent, but the damage appears to have been done. “Sorry doesn’t cut it this time,” he tweeted a mere hours before we learned about Kieffer’s attempt to sell the naked pictures.

This love triangle seems to have turned into a media circus of extreme betrayal and low blows, from naked pictures to bitter posts about Kieffer’s apparently traumatic childhood, it seems every boundary has been crossed.

I would rather not provide the link to these photos, but if you must view them, it doesn’t take much digging so save the time and Click Here.