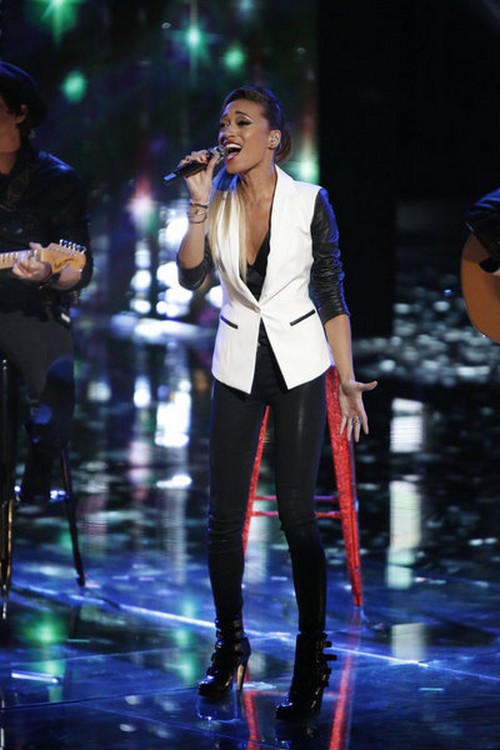 Amanda Brown took the stage tonight on THE VOICE for her Top 8 video performance.  Amanda sang “Someone Like You” .  Tonight’s show the top 8 performed live in front of coaches Christina Aguilera, Adam Levine, CeeLo Green and Blake Shelton for America’s vote and a chance to move on to the elite eight.  Did you miss tonight’s episode?  If you did we watched it and we recapped it here for you.

Judges Comments:   Blake “I really enjoyed that, Adam was hard on his team with the Adele songs and I loved that you brought it out because you are a rocker and I can’t get enough of it”. Christina “Another powerful and dynamic vocal, I can be hard as well but you definitely changed it up, we are still waiting for you to tap into it and understand you as an individual artist”. Cee Lo “I truly believe the reward is in the risk that you take and you are brave enough to take those risks”. Adam “I like to listen to everyone talk, I am hard on people who do Adele songs but this didn’t resemble the original in any way, it was a huge power ballad and we are hard on you because we except so much from you”.