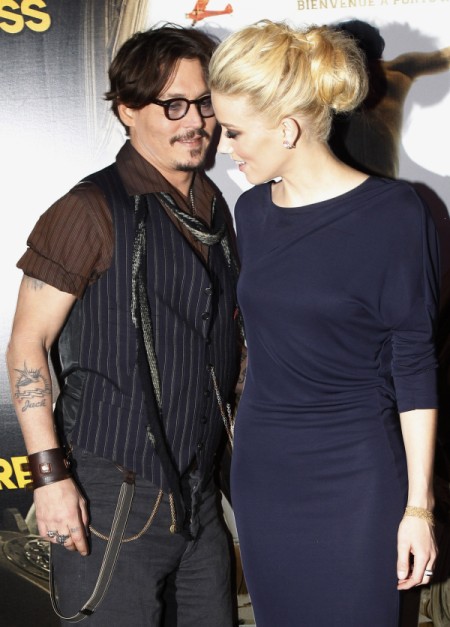 Johnny Depp’s Rum Diary co-star and alleged “other woman”, Amber Heard, has broken up with her long-time girlfriend after four years of dating. This can only add more proof that the two have been hooking up since filming and that their liaison has ruined two relationships, not just one.

Starpulse had the scoop.

Actress Amber Heard has split from her girlfriend, according to a report. The blonde beauty started dating artist Tasya van Ree in 2008, when she ‘came out’ as a lesbian at gay rights advocate GLAAD’s 25th anniversary bash.

Nevertheless, Heard and van Ree reportedly went their separate ways earlier this year. A source tells In Touch magazine, “They are no longer in a relationship.”

The split fuels rumors linking Heard to her The Rum Diary co-star Johnny Depp, who confirmed earlier this month that he and longtime partner Vanessa Paradis had broken up after 14 years.

You know who the winner is through all of this nonsense? The Rum Diary. Did anyone see that movie? I bet people are going to rent it now just to check out the chemistry between the two. I just might because I don’t understand this relationship. Johnny’s got a few extracurriculars coming out of the woodwork, but Amber’s name keeps coming up. Apparently he bought her a horse and she traveled with him to his Dark Shadows premier, so she must be Girlfriend #1. But I know a lot of you don’t understand why he would leave Vanessa Paradis for this chick. Ya, she’s cute, but so are a lot of people. The heart wants what the heart want I guess, but instead of buying a Porsche or climbing Mt. Kilimanjaro like other dudes who realize they’re going to die one day, Johnny challenged himself to see if he could turn a lesbian. And it looks like he did. Now all guys are going to think they can do it. Thanks a bunch Johnny Depp.