BY Dorothy Gale on May 28, 2012 | Comments: one comment
Related : America's Got Talent, Reality TV, Recap 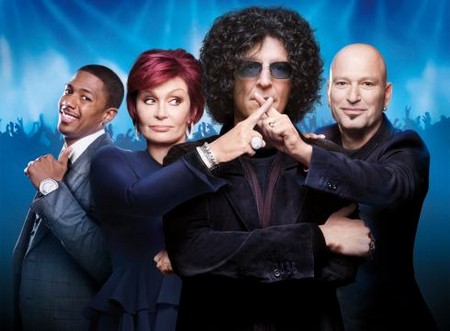 America’s Got Talent is back tonight with a whole new episode.  Tonight AGT is continuing their auditions in Tampa, Florida as the auditions continue and Howard Stern, Howie Mandel, Sharon Osborne and Nick Cannon continue with their search for the million-dollar act.

Our favourite performance from the last episode was Tyrece Green, known as “Stepz”, he teaches dance and when he was six years old, his parents were drug addicts and therefore he was raised by his grandmother. Dancing is in him, it’s what he lives for and he was amazing regardless that Howard Stern didn’t like him.

On the other hand, Howie and Sharon loved him and could appreciate “real” talent when they see it. Did you see the episode? If you missed any of it, you can read the full recap HERE.

Last week the rivalry between Howie and Howard was still heating up when Howard let New York and the other judges know that “this is my stage and those are my people”. Howard’s arrogance, his “rock star” personna and not to mention the “hefty”  paycheque, the “Shock Jock” is clearly getting on Howie’s nerves and I’m just waiting for him to blow!

RECAP: Tonight the judges are in Tampa, Florida and the first act on the stage is a non-profit organization that gives back to the arts, there name is Inspire The Fire. Sharon honestly thought she was watching a production on broadway, it was urban and edgy, she loved it. Howard thinks they were so up beat, they can sing and dance, he hates Glee but he loves them. Howard loves what they are going for the great cause, they are phenomenal. Three YES votes gets this group to Vegas.

Next on the stage are four fit women in bikinis and Howard and every other man in the audience is on their feet, Howie just says that they are on to Vegas. Their stage name is Bikini Bombshells and Nick says it best, “they’re cute but they can’t dance”. Howie thinks they are terrible with no talent, but he still loved it. Howard tells them that his aunt Sally at 95 danced it was better than them and if their implants exploded at least it would have been a good show. Sharon didn’t say much, cause she just wasn’t that impressed. Three NO votes from the judges.

The next act is strange, a mix between Cirque de Soleil and the Telly Tubbies, Howie finds they are disturbing abd they don’t make it through. Next is Edward scissor hands, he cuts a girls hair on stage blindfolded and it’s off the stage for him. After this it just gets worse with act after act getting thrown off the stage. There is a terrible balet dancer who needs a partner and Howie gets up on stage with him and looks like a chicken on steroids.

Now it’s time for a clogging group and they are in it to win it. Seven guys make up the group called All That!. Howie says when you can bring the audience to their feet, you have done something. Sharon has never seen an all male clogging group, she loved it. Howard loves that they look like manly man, their look is unique and they were very entertaining. Three YES votes gets these clogging hunks on to Vegas. Sharon asks them if they can teach Ozzie how to clog.

Next is Alissa the hula hoop artist and she makes it to Vegas. Now it is Jonathan who shows off some illusions and another big yes to Vegas. Now, there are five shirtless guys on stage called BOSS, they are going to do a contemporary dance, Sharon loves their passion, it’s three YES votes to Vegas.

Michael is an escape artist and they started when he was six years. He is the only human to survive a hanging on the back of a horse. He has been called an American Escape Hero and has invited Howard on stage with him. He wants Howard to tie him up and Nick is going to time it. Nick sets his watch back to zero and Michael now has to get of the ropes, it was so pathetic even though he did it in 26 seconds, the three judges give him a NO. Sharon wants an expert knot maker to tie him up, Howie thought ht did a good job getting out of nothing. Howard liked it but he is still saying no. It’s three No votes.

Next is the Distinguished Band of Brass, they lost their jobs and took and bad situation – made it into their dreams. Howie describes them as fun. Sharon tells them that all their hard work paid off, she loved them. Howard tells them there is no problem for them to get to the next level, thank God for bad times it brings wonderful things together. Sharon says their suits are smokin’. These guys are on their way to Vegas with three YES votes.

The guy up next is wearing his lucky sweater, his name is Ulysses and he is a singer/musician but tonight he will just be singing “The Love Boat“. Grumpy Howard hits the buzzer. Howie hasn’t heard that song since the early 80’s and finds he is amazing. Howard says it’s not a million dollar act, but he is a lovely man. Sharon thinks he is very loveable and wants to give him a big hug. Howard wants to know if he does the “Green Acres” theme and the guy nails it. Next Howard gets him to do the “Adam’s Family” and he nails it again, Howard votes first and it’s still No. Howie and Sharon are a YES, he is going to Vegas if Howard likes it or not.