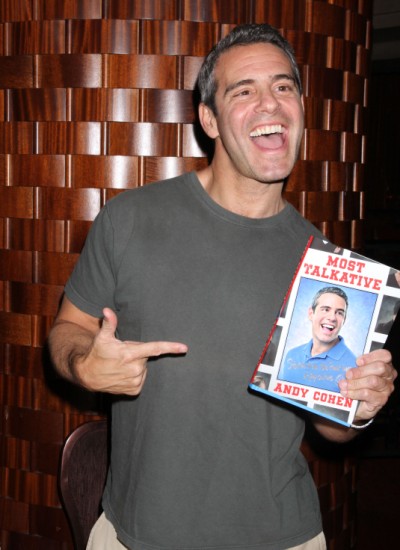 Andy Cohen is turning his back on the Real Housewives of New York City and the dismal ratings are proving it. Apparently Andy’s so busy pimping his new memoir and drinking his cocktails during Watch What Happens Live that he hasn’t even noticed the first two episodes of the New York franchise have performed horribly compared to seasons past. Or worse, he doesn’t even care.

The New York Daily News says the ratings are down 21 percent from last season and the new housewives, Aviva Drescher, Carole Radziwill and Heather Thomson, might be to blame. “The new girls don’t seem to be working, and Bravo is concerned,” said one show insider.

But let’s not let Andy off the hook. The newspaper also reports that this is the first time Andy hasn’t edited all the film himself. He definitely has a knack for creating tense moments with Ramona Singer’s buggy eyes and LuAnn de Lesseps’ disapproving head tilts.

A source said Andy “doesn’t care if the ratings for this season tank” and has “backed away from the show” because he doesn’t have the time.

Do we need a return of Jill Zarin and Alex McCord? I’m not gonna lie, I miss those feisty hellcats and their ridiculous shenanigans. And I even miss Simon McCord! Where’s Simon!

The source thinks the show should just wipe this season under the rug and get Jill and Alex for next year. Hell, throw in Kelly Bensimon for old time’s sake. I still think people are scratching their heads over Andy’s reasoning for revamping the show with new blood. The success of the show is based on the relationships we’ve grown to care about watching. Why throw them away? I actually don’t mind the new girls, but I miss the cattiness. Andy traded up, and that’s fine, but I don’t think these new gals are going to thrown down with Ramona like Jill or Alex would. Sadly, they’re too high class. And sorry Andy, no matter how you want to spin your Real Housewives franchise, it’s not a must-see because the women are polished and ladylike.

I need Kelly to come back and explain the difference between being mad and sad. I want some camel bucking and more gritty, pathetic tennis matches. Oh, and Mario Singer could take his shirt off more too!

Am I alone? Do you like the new housewives or do we all agree the show needs Jill and Alex to get the people watching again?