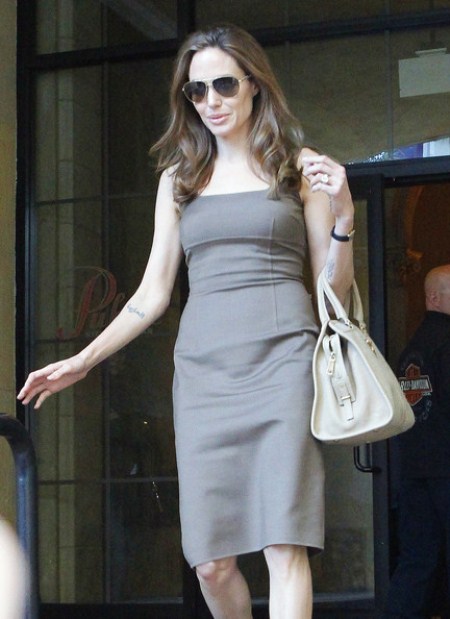 Angelina Jolie issued a warning to George Clooney to call it a “truce.” To be exact, Angelina wants George not to participate or plot to play any type of practical jokes during Angelina’s wedding to Brad Pitt.

Angelina is currently engaged to Brad Pitt, Brad and George are both bros. Now that Angelina is planning their dream wedding, she’s starting to feel worried that a known notorious prankster (George) will appear out of nowhere to ruin it all.

The National Enquirer reports, “She (Angelina) doesn’t want any practical jokes played at the wedding and she’s not kidding.” Angelina herself personally gave George a phone call and warned him that she’s in fact very serious about this. George understood her message very well, especially when Brad also phoned him and made George promise to call a truce on their special day.

Who knows if George will keep true to this so called “truce”, since every prankster is tempted to do what they’re told not to… Will he fall into temptation or keep it cool? I don’t know, but I in fact hope he pulls off the most spectacular prank in the world during Angelina and Brad’s wedding.

If things go smoothly, pranks aside, and the two tie the knott, this will be the second marriage for Brad, having been married to Jennifer Aniston for five years and the third for Angelina, as she was married to Jonny Lee Miller for three years and Billy Bob Thornton for three as well.