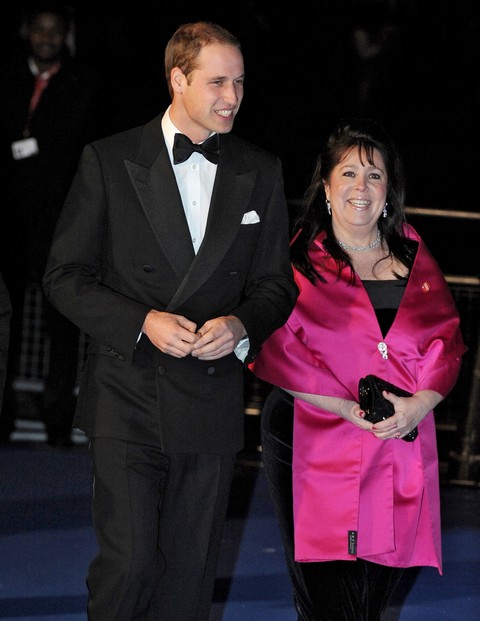 Kate Middleton is finally pregnant, which means every news source is clamoring St. James Palace for comments regarding her condition. We know she was in the hospital for three days being treated for extreme morning sickness, and a tragic prank phone call revealed that the Duchess was doing well and keeping her fluids down. Now that she’s released, we expect her to stay at home until her hyperemesis gravidarum passes. Since the condition tends to last through the first trimester, it follows that we won’t be seeing a lot of the Duchess of Cambridge. But the palace surprised us by confirming that Prince William was clearing his schedule and cancelling his scheduled attendance at events.

“It is well known that hyperemesis gravidarum often recurs,” a spokesman said to explain the Prince’s absence from the British Military Tournament. At the Winter Whites Gala at London’s Royal Albert Hall, William joked, “I don’t know why they call it morning sickness—they should call it all day and all night sickness. Recovery is a long old process but she is getting there. She feels like it is going to go on forever.”

Poor Kate! Of course, we know that many women experience morning sickness all day, but knowing that people the world over are gossiping about your vomit doesn’t help! William meant to make a lighthearted joke, but what he really gave was huge insight into Kate’s condition. Why would she be discharged from the hospital only to go home and vomit constantly? One sufferer of HG reported vomiting between 40 and 50 times a day—could Kate be on her way back to the hospital soon?

We can’t turn to the Palace for news though, as they announced, “Until further notice, to allow the Duchess a degree of privacy during her pregnancy, we do not intend to offer regular condition checks or advise of routine developments.” We agree that she deserves privacy at this time—especially from the paparazzi! But this pregnancy affects the entire world! Besides teaching us all to spell hyperemesis gravidarum, her child will be one of the most powerful people of their time! We hope Kate gets well, but expect another hospital stay with IV fluids. We previously wondered if Kate would turn to marijuana to ease her nausea, but don’t expect an official comment about that!

The Duke of Cambridge Prince William arrives at the “Winter Whites Gala,” held at the Royal Albert Hall in London, England, UK on December 8, 2012 – Kate was too sick to attend – Price William has cancelled future engagements pending improvement of Kate’s conditon