Kate Middleton To Save Pregnancy From Miscarriage With Medical Marijuana? 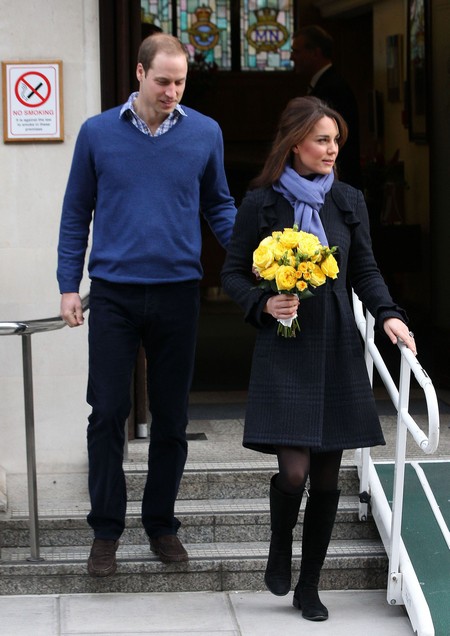 It is no secret that Kate Middleton is thin. The future Queen of England looks stunning and trim in everything that she wears, and not because she doesn’t eat. It’s well known that Kate is quite athletic and enjoys field hockey. But now that Kate is eating for a baby too, doctors warn that her current habits won’t be enough to keep healthy during her pregnancy. A source warns, “Kate’s weight has spiraled to a waif-thin 96-pounds, and if she doesn’t do something quick to stabilize it, doctors warn she’s going to lose her babies.” Babies, plural?

National Enquirer claims that the Duchess of Cambridge is carrying twins, which puts twice the pressure on her diet. A source claims, “Kate and William are beside themselves with fear over the health of the twins . . . their happiness is tainted by fear that the babies’ health could be at risk—or worse, that Kate could miscarry.” I imagine that every newly pregnant woman worries about what habits will have to change to keep baby healthy, but Kate is surrounded by the world’s best doctors.

It isn’t as if she is a celebrity who is desperate to look young and keep rail thin (LOL) – we heard her excitement about motherhood in an interview when she and Prince William first announced their engagement. Kate was smart about her hypermeresis gravidarum – she quickly sought medical attention and was discharged. She’s resting at home instead of making royal appearances with William.

We think that the National Enquirer is making mountains out of mole hills. Yes, Kate has always been quite thin, and yes her extreme morning sickness threatens her nutrient and water intake. But she isn’t alone in this. So when National Enquirer warns that this baby will suffer short-term and long-term developmental problems, remember that doctors are on hand to pump Kate full of nutrients.

I think the real question is whether or not Kate will seek medicinal marijuana to help ease her condition. Professor Dori Starns wrote back in March about the drug’s use to overcome nausea and vomiting.  Apparently some women find themselves over a toilet 50 times a day while fighting hypermesis gravidarum. Do you think Queen Elizabeth would approve of  Kate using weed if it meant keeping the future heir healthy? What would Camilla Parker-Bowles have to say! Let us know!