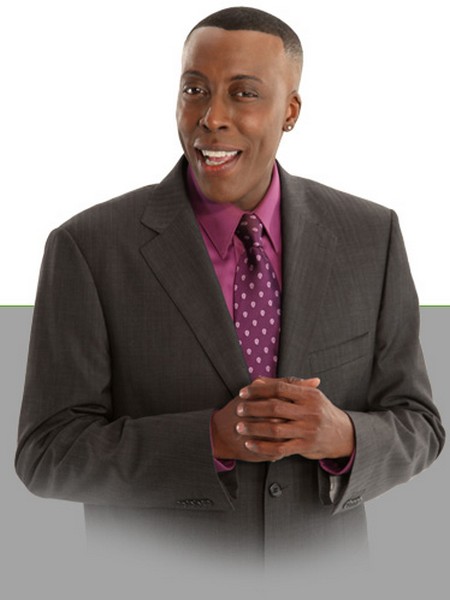 Actor, comedian and former talk show host, Arsenio Hall won The Celebrity Apprentice.  Arsenio’s journey on the reality show has not been without controversy. Not only was he called a “cross dresser” by fellow contestant Aubrey O’Day also claimed to have done a “penis investigation” on him and repeatedly boss him around and throw various other insults his way.

The former star of his self-titled iconic talk show, “The Arsenio Hall Show” kept his cool and composure during most of the tasks, but when Aubrey had the audacity to take credit for his win when he was Project Manager, he let loose in the board room.  He did later publicly apologize to her on The View, “The thing about Aubrey, I called her a horrible word but I apologized to her for the word I used…not for being angry at her.” But, I can’t say I heard anywhere that Aubrey returned the apology!

Watching Arsenio on The Celebrity Apprentice this year got me to wondering, why did his talk show end? He’s hilarious and certainly a lot funnier that Jay Leno. I remember his first guest on his show was Brooke Shields and he even had Bill Clinton play the sax, how cool is that? Most of all, I loved his catch phrase, “things that make you go, hmmmm”. Last year, Arsenio, on a PBS panel, said that he is ready for a comeback, “I think it’s a perfect time for that personally. Give me a microphone. My son’s 11 and he can drive himself to school. I’m ready to host!” I hope he does.

In the end, the only reason that Arsenio decided to appear on The Celebrity Apprentice was to raise money for the Magic Johnson Foundation and to bring awareness to the HIV positive; before the finale Arsenio’s total raised was $105,000.

What do you think about Arsenio’s experience on the show? Sound off your comments below, do you think Arsenio should have won?