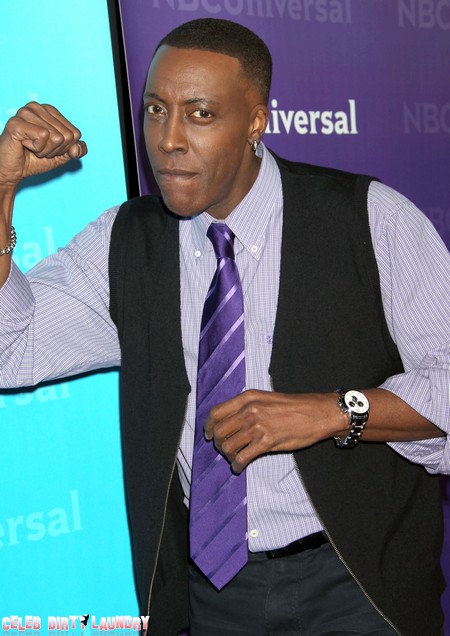 Aubrey O’Day and Arsenio Hall have been going at it for weeks on Celebrity Apprentice with Aubrey bossing him around and insulting him behind his back to Arsenio outright calling her a whore.

Being a woman, I would be on Aubrey O’Day’s side if she didn’t act like a whore but sadly, that is exactly what she does.

In every episode, if Aubrey doesn’t have full control of the team, regardless if she is the Project Manager or not, she bullies herself into taking control, she even said, “I am the last one out of these people to win a big cheque and I am the reason why most of the people here have one a big cheque, I am stronger, fiercer than both the people on my team, whether you love me or hate me, I am the reason why we have ever had a creative on this team, period, point blank.” What a bitch!

Did you see last week’s episode, if you missed it you can read the full recap HERE.

In this particular episode, Aubrey was pitching a concept for Big Sam with cheerleaders and wanted Arsenio to execute it.  She said, “We could really execute and make it big and impressive for the executives and all Arsenio seems to be doing is saying no, no, no to everything, before he is even considering it. Arsenio is the biggest girl on this show, so I don’t know why he doesn’t like tap dancing and cheer leading outfits, we all know he does it home.”

I know that these shows are all about ratings, but enough is enough, Trump should just fire the bitch for humiliating Arsenio!