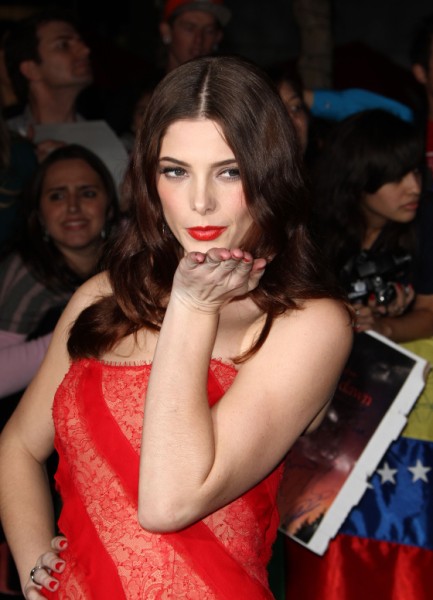 You’ve got to hand it to Ashley Greene. Homegirl hustles. She might not be the star or even close to being considered the star of the Twilight movies but her publicists work their asses off to make sure this girl gets covers. I’m not hatin’. You’ve got to clap for someone who knows how to work the media and get themselves noticed. Some girls (like a certain Kardashian sister) makes sex tapes but others like Ashley Greene name-drop. And it works because here we are!

Ashley’s on the cover of the upcoming Seventeen magazine and did not hesitate to give her two cents on the whole Robert Pattinson/Kristen Stewart drama. When asked about whether the stars’ relationship roller coaster would affect the film, Ashley replied, “I don’t know. Hopefully, it won’t taint it and people will still be able to enjoy the movie. I think a lot of people see us as our characters; I really want them to still be able to do that.”

It’s totally fine for fans to want to see these people as their characters DURING THE MOVIE. That’s the problem with Twilhards, they can’t separate fact from fiction when the theater lights come back on. Still… these are harsh words, no? There was no pussyfootin’ around the subject and it certainly wasn’t pro-Kristen like Dakota Fanning’s interview. Them’s fightin’ words. Maybe I just don’t like the word taint. It’s much more descriptive than harm, for example. Ashley could easily have said, “Our fans are loyal and I’m sure we’re created something they’ll be proud of blah, blah blah.” But she didn’t. She basically threw her co-stars under the bus all because their drama made more headlines than hers. There’s no love lost between Ashley Green and Kristen Stewart. No love lost at all.

Do you see the interview that way? Did Ashley Greene slam Kristen Stewart or just answer the question? Could she have done it in a more diplomatic way? I wonder if she would have if the affair happened in between the third and fourth movie instead of after the last. Greene’s got nothing to lose at this point which is probably why she flapped her gums. Yay for us!