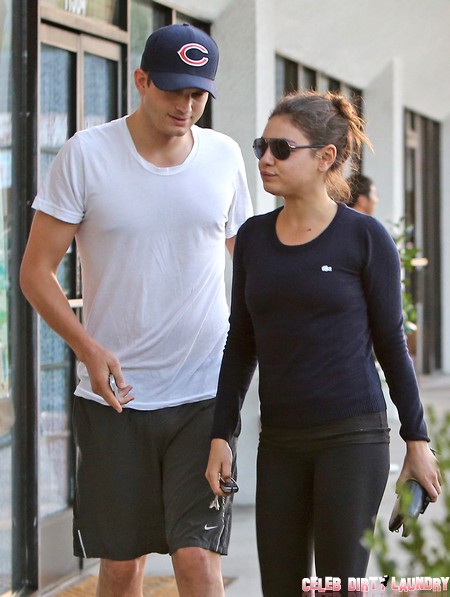 It has been reported that Mila Kunis has been fired from Christian Dior and replaced with Jennifer Lawrence, of the The Hunger Games, fame for being “too fat” for the brand.  Marketing honchos at Christian Dior are supposedly furious with Kunis for putting on weight and continually appearing out and about with Ashton Kutcher in sloppy, non-chic outfits, Star Magazine has learned exclusively. But, worse than that, Kutcher agrees!

“Since pairing with Ashton, she’s constantly photographed looking like a total mess. It’s not the image Dior wants to send,” an insider tells Star, “when they signed Mila, she was a total waif; they didn’t worry about making her agree to a weight limit in the contract. They’re really regretting that now.”

Not that Kunis is even fat, she was super petite on That 70’s Show and then she lost even more weight for the movie Black Swan.  Down to a reported 95 lbs, it was like you could literally see Mila Kunis’s intestines, she was so skinny. I guess Dior really fancied that look. But just like all of us girls here know, if you’ve ever been on a drastic diet and lost weight too fast, you will gain it all back and then some. And that’s exactly what happened. Kunis even admitted so in this interview with Harper’s Bazaar in April.

“When I got down to 95 pounds, I was muscles, like a little brick house, but skin and bones. When I gained it back it went to completely different areas,” she told Harper’s Bazaar. “I’d be happy if my ass got bigger. All the weight that left my chest went to my side hip, my stomach.”

And yes it did. You can totally tell from pictures that surfaced in May of her on a movie set in New York, (Blood Ties with Clive Owen). But that doesn’t make her fat! Mila is definitely still a hot piece of ass. She’s just not that skinny bobble-head that was in Black Swan anymore (which I’m sure wasn’t a healthy weight for her). The crazy thing, is that a source has also stated that Kutcher agrees with the designer brand and has lashed out at Kunis to lose weight!

“Ashton has been with tons of models, and that’s the body type he likes,” says the spy. “He had been dropping subtle hints, but she wasn’t getting it, so he just told her flat-out that she’s too fat. They had a huge battle and Mila told him to leave if he has a problem with her weight.”

Ummm, whatever happened to a boyfriend being supportive, no matter what? Even if a girl looked like a whale in her skinny jeans, to keep the peace, a boyfriend would never admit that. For instance, girlfriend: ‘honey, do these jeans make me look fat?’ boyfriend: ‘of course not, honey, you look amazing’. Done and done. That’s how a relationship is supposed to work- lie, lie and lie some more.

And may I say, who the heck is Ashton Kutcher to want to leave the gorgeous, sexy, albeit slightly plump, Mila Kunis? I know there are millions of guys out there who would stab their own mother in the eye to get with Esquire’s “Sexiest Woman Alive” of 2012. Sure, Kutcher was super-hot back in his model days and as the goofball but sexy Kelso on That 70’s Show, but his sexy sheen has certainly tarnished amid the cheating scandal with Demi Moore and the horrible acting as Charlie Sheen’s replacement on CBS’s Two and a Half Men. Again I ask, who the heck is Ashton Kutcher? 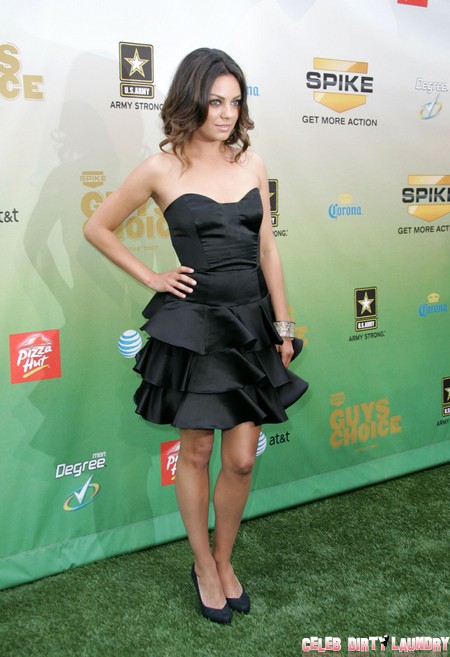 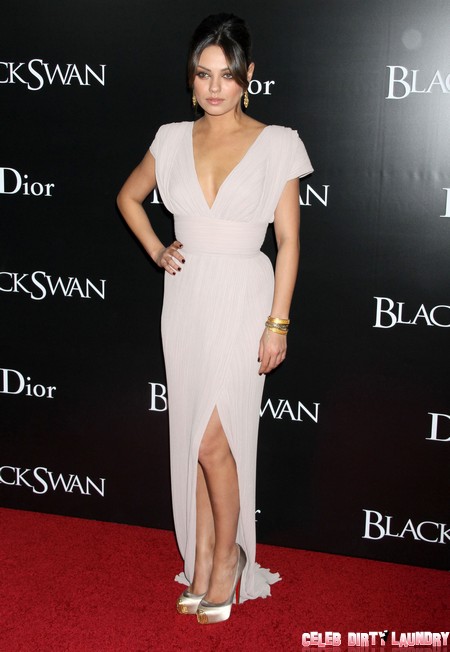 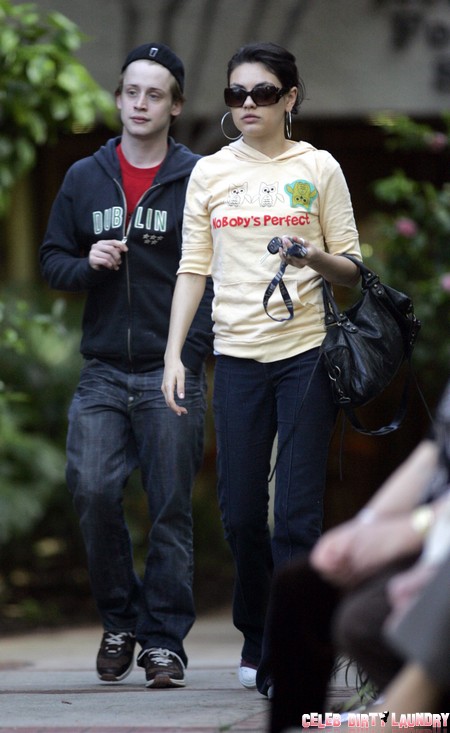