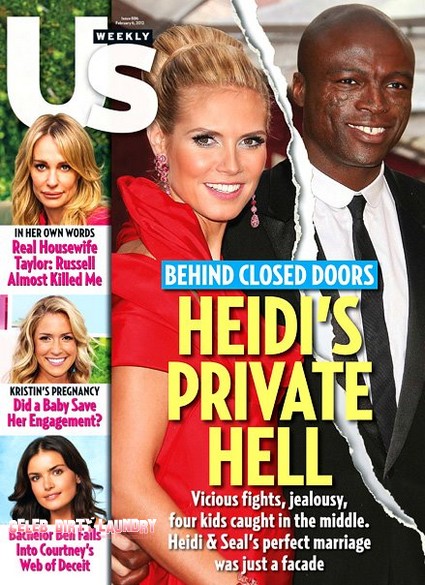 Us Magazine claims that Heidi was stuck in hell during their marriage.  There were vicious fights, jealousy and their four children were caught in the middle.  They go on to say that Heidi and Seal’s perfect marriage was just a facade.

It is really hard to believe that is the case, Seal was on Ellen DeGeneres less than 24 hours after announcing his split and had nothing but good things to say about Heidi.  As a matter of face Seal was still wearing his wedding ring.   So maybe there is hope for the couple’s marriage.  One thing for certain only Heidi and Seal know what happened, not the magazine.  People’s cover story also claims they have the inside details on why the couple split.  This is all just speculation on their part!  What do you think, is this just groundless speculation by US to sell magazines?  Sound out in the comments below!