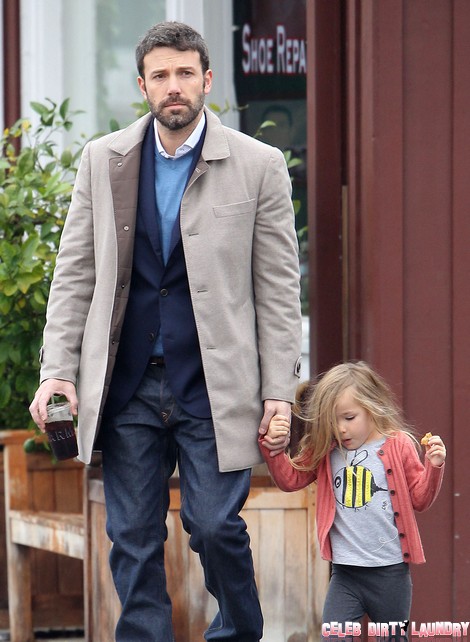 Jennifer Garner and Ben Affleck’s seven year marriage just hit another itch. OK! is reporting that Ben has a crush on pop siren, Rihanna. Apparently, Ben has violated one of the tenets of marriage by openly lusting after the 24-year-old singer who isn’t shy about titillating the testerone by appearing half naked. Ben’s like a teenage boy who can’t stop talking about the girl of his wet dreams. Except that he’s a married man with three kids. Jen doesn’t want to hear that she looks fat in a dress or that her husband thinks Rihanna’s poster needs to be affixed to their bedroom wall.

Ben’s newfound admiration was born out of meeting Rihanna at a GQ party where they were both honored. OK! writes that he laid eyes on her and followed her like a puppy.

“He kept trying to think of reasons to talk to her,” the insider said.  “He told her he loved her in Battleship, and he’d love to work with her.”

Ben, like most men who want to flatter the object of their infatuation, took his compliments a little too far. Battleship was far from a critical and commercial success, but as a skilled actor, he may have come across as sincere. He was so into his role as an admirer that friends of Jennifer who were in attendance at the party promptly called Jen to give their eye witness account of his flirting.

Jen might beat up on Ben for his straying eyes, but Rihanna’s “friend” Chris Brown may take a literal approach to the old saying. Chris was convicted in 2009 of assaulting Rihanna, but the two have seemingly reunited. In that spirit, Chris may not like another guy putting the moves on his girlfriend. He has been known to get into nightclub brawls when other guys have expressed interest in RiRi. Ben’s crush on Rihanna may not be worth getting crushed from all sides.