Ben Flajnik Tells All, The Bachelor Gets Wild (Photo) 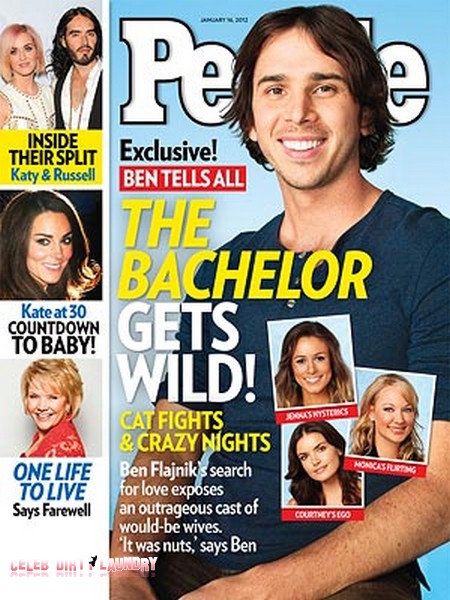 The current issue of People Magazine features the cover story ‘Ben Tells All – The Bachelor Gets Wild.’   The magazine has an exclusive interview with California winemaker and this seasons The Bachelor Ben Flajnik.  Ben is trying for love again on the new season of the reality show after having his proposal shut down by Ashley Hebert last season on The Bachelorette. Ben talks about the cat fights and crazy nights as he searches for love.  This season there is an outrageous cast of would-be-wives. ‘It was nuts,’ says Ben.

People magazine has more: “It’s a very nude season,” host Chris Harrison says of Flajnik’s turn as the Bachelor, which includes everything from the reappearance of a mystery woman from Ben’s past to a heavily hyped skinny-dipping session. “Ben is very comfortable in his own skin. He doesn’t have modesty issues.”

The show premiered on Monday and we recapped it for you.  It kicked off with 25 contestants and by the end of the show there were only 18  contestants left so the claws were out quickly and a lot earlier than Ben expected.

To find out the behind-the-scenes scoop on the Bachelor and a lot more, pick up the current issue of People Magazine.