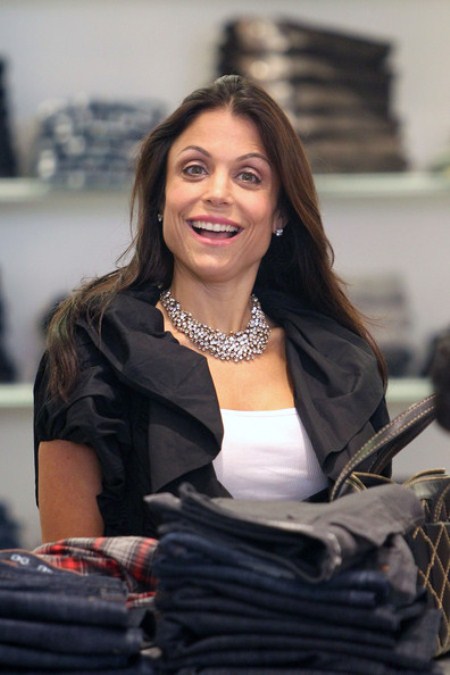 A whole new episode of “Bethenny Ever After” airs tonight on Bravo. Tonight is the final episode of the third season and it is called “Fair Thee Well Heeled.” Stand by as we live blog the episode with all the up-to-the-minute details.

If you have never watched the show it follows the life of Bethenny Frankel – a New York Times best-selling author and natural foods chef, running a successful line of Skinnygirl products. Bethenny is a wife to her husband, Jason Hoppy, and a mother to her daughter, Bryn, and her furry first child, Cookie.

Last week, Bethenny was all over the place and quite discombobulated. Did you see the episode? If you missed it, you can read the full recap HERE.

Basically, Bethenny was being a control freak with the renovation of their apartment. She also took Bryn for Spanish lessons because she thinks every celebrity child should be bilingual. We also got to see a montage of Bethenny and Jason fighting over the renovations and we got a peak into Jason’s insecurities; it’s tough having a wife that makes more than you!

On tonight’s show, Bethenny and her collegues get together for a holiday party. Julie’s departure from the team is near and it causes Bethenny to lose it at a photo shoot. Bethenny and Jason finally move into their newly renovated apartment, but out of nowhere comes yet another big life change.

We will be live blogging “Bethenny Ever After” tonight with all the up-to-the-minute details at 10PM EST so make sure to come back to this spot and watch the show with us. Refresh often to get the most up-to-date results!

Recap: This episode begins with Bethenny and her team of people meeting for Mexican food and drinks. Her assistant Julie is preparing to move back home to Pittsburgh and it’s her last holiday (Christmas) party with the crew. Bethenny seems to be in a (rare) good mood. Her husband, Jason, shows up a bit late and everyone seems genuinely happy to see him. They call him the calm before the storm- with Bethenny being the storm. She refers to her friends as “The Land of Misfit Toys” and looking around that table, I totally get the analogy.

Next we get to follow Bethenny to a Glamour Magazine shoot. She does a monthly column in the magazine and they do shoots to kind of store photos for later on when they need them. It’s her last shoot with her assistant and Bethenny has been crying all morning. She snaps out of her funk and loves the clothes and shoes so she’s glad to be there.

Bethenny, who is usually hard nosed and standoffish, is having a very hard time letting Julie go. They have worked well together and Julie kind of keeps her head on straight when she is multi=tasking. Bethenny discusses the loss with her therapist. She describes Julie’s last day as the equivalent to ripping a band aid off.

The last day rolls around and they make a production out of opening Christmas cards. Bethenny admits she is hiding huge news from everybody, including Jason. She calls an impromptu meeting and drops the surprise- they got the talk show in LA. She is in shock that she’ll get to do a summer television run and that her whole team has to decide if they really want to do it. It would require a move to LA. She reassures everyone that no one will lose their job and everyone will be taken care of. She believes they have been given this opportunity as a team and they’ll decide whether or not to do it as a team.

I have to say, I’m impressed with the way she’s handling it. Never a warm cuddly person, but Bethenny clearly loves this group of people and will take care of them. As Julie gets ready to leave the show flips through a bunch of scenes that featured her and her great sense of humor.

Bethenny is curled up talking to Jason and realizes that she hasn’t changed, but her life has. They are now surrounded by cameras at all times but they also have a great life. They are preparing to pack up and leave the apartment that has been integral to their relationship. The new house resembles a home in the Hamptons. Both of them are stunned by the new place, its size and design. They figure happiness in this amazing place is a no-brainer. I have to say, her new closet is to die for.

So, now that they’ve moved in to this place, Bethenny has to be relocated to LA in a month. Jason is none too happy and she is stressed again. Perhaps THIS is that point where all the rumored problems took root. It looks like they had 10 minutes to enjoy their time together at home before it all changed again. Bethenny promises the rest of this season will play out honestly and all the fans questions will be answered. Guess we’ll have to watch next week to see if this great opportunity in LA is actually an anvil.