Bethenny Frankel Divorce From Jason Hoppy – Why and When Marriage Destroyed? 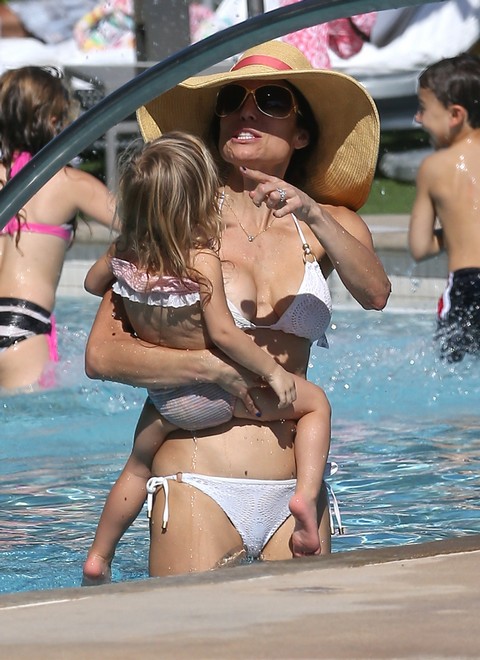 The Real Bitches of Wherever star, Bethenny Frankel, is finally deciding to pull the proverbial plug on her two-year marriage to Jason Hoppy – the real estate agent with the last name made in pogo stick hell. According to a new report on Hollywood Hiccups, “Jason is not known for a strong work ethic and maybe the laid back attitude that once calmed Bethenny down is now being read by her as laziness. Jason may have started off loving his wife’s work ethic, but by now he surely sees her the same was most others do – as a cold, shrewd bitch that really doesn’t care too much about those around her.”

Well, we didn’t really think it would last, now did we? She hides small Botox factories in her neck, and he, with his action star stare made in Jersey Shore, smiles like a dead lunatic in a freezer. According to a Radar Online report, “It’s pretty much over between Bethenny and Jason. They are already living separate lives. She purposely spent Thanksgiving without him, bringing Bryn to Miami. He wasn’t happy about it, to say the least. She doesn’t seem to be too upset about the demise of her marriage. She is really focused on her career and her product line right now, so it sort of consumes her, which is probably why the marriage starting falling apart in the first place.”

Although Frankel gave birth to their daughter, Bryn, in May of 2012, motherhood didn’t change her dog-eat-dog attitude. The recent reports of an unfazed Frankel only further proves that she doesn’t really care if her marriage disintegrates into a by-line of a cheesy community newspaper. It’s overs kadovers – like bad television.

Do you think Frankel should stick with Hoppy for as long as possible? Or do you think this relationship is about to sink quicker than the Titanic at an iceberg party?  Let us know your thoughts in the comments below!