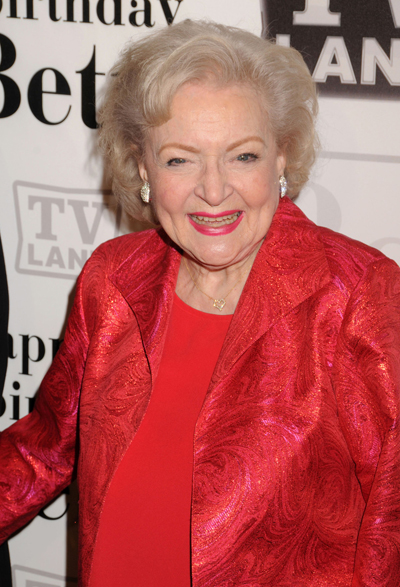 It’s hard to imagine Betty White as anything other than a sweet and a somewhat sassy 90-year-old grandmother and TV legend, but according to Joan Rivers, the recent SAG Award winner used to be quite the pot-smoking harlot!

According to the Huffington Post, Joan claims that she used to smoke marijuana with Betty back in the “dark ages” and implied that the beloved actress had many lovers.

“She was some slut then,” Joan joked recently while promoting her new show, Joan & Melissa: Joan Knows Best.

This isn’t the first time that a fellow actress has made a catty comment about Betty’s reputation!

Back in 2009, Cloris Leachman also referred to the Hot in Cleveland star as a slut, which caused Betty to joke to Chelsea Handler (who was also recently called out as a “slut” by Joan Rivers): “Oh, we sluts are good friends…We have to stick together. You should know!“