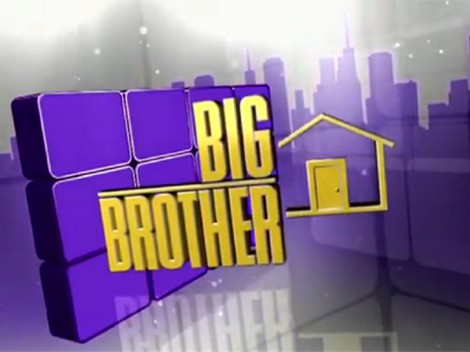 Tonight is another new episode of Big Brother 14 on CBS and we will get to see how the first round of the final HOH plays out and hopefully the second as well. In the last episode, Shane Meaney was sent home in another Dan Gheesling style back stab and shocker. Did you see the episode? If you missed any of it you can read the full and detailed recap here.

After Danielle Murphee won the most important PoV in the last episode, Dan took her aside in the HoH room and told her that he did not trust Shane.  Dan felt that Shane was the only person standing in his way to get rid of Ian. Danielle asks Dan if she pulls him off the block will he save Shane and he agreed. No matter what Dan swears on, it can be the bible, his wife, his marriage; basically anything and Danielle believes in. In the end, Ian, Dan and Danielle are the final three and have to battle it out in the final and most important HoH.

If you don’t want to be spoiled about tonight’s episode, then you should come back later. Tonight, in round one Dan wins when he talks Danielle into dropping out after Ian falls out of the competition. In round two Ian wins and that leaves Dan and Ian to battle it out in the final and third round on finale night next Wednesday, the winner of that competition will chose who he wants to take to the final two.

MAJOR SPOILER: Dan is planning to throw the third round because Ian plans on taking him to the final two and he doesn’t want to make Danielle mad if he wins and doesn’t choose her. Basically Dan thinks that he can win the money against Ian, but not Danielle.

Big Brother airs tonight at 8:30pm with the final HoH competion, we will be live blogging the show with all the up-to-the-minute details so make sure to come back to Celeb Dirty Laundry and watch the show with us. Can’t wait to see how all the drama plays out, how about you?

Tonight’s Episode: Dan continues to pull the strings in the house and blindsided Danielle when he evicted Shane in the last episode. Can Dan repair his relationship with Danielle and stay on top? We’ll see tonight when the house guests vie for the final HoH.

Dan wanted Shane out of the house because he didn’t have a final two deal with him. On the other hand, Dan has a final two deal with Danielle and Ian. After the last eviction when Shane walked out the door, Ian couldn’t believe that he was still in the house and has a chance to win. Danielle is angry with Dan but he manages to turn the whole situation around and gain her trust again; he tells her that he is trying to win her the money as her coach and anything else he just doesn’t care about.

The final three arrive in the kitchen and find a celebration champagne brunch. Dan makes a toast that no matter what happens he is sitting with some great people “that deserve everything they get” and both Ian and Danielle are clueless as to the real meaning of that toast.  The houseguests take a look back and there strategic game play.

We get to see Mike “Boogie” reading a bible, Britney having a melt down with a teddy bear and Willie going head to head with Frank. One of the scariest thing this season was when Willie went after Joe in the bathroom and we get to see the whole thing played out again. First Willie is talking to Britney and she tells him just to stop acting the way he is and try going out with class. Joe says something and Willie goes after him and after Joe says “hit me” three or four times, Willie finally shoulders Joe then gets called into the diary room. Once Willie is gone, Joe played the victim and really, it was as much Joe’s fault because he kept teasing Willie who every one knew had a bad temper.

Next the house guests reminisce about Danielle and Shane’s “sort of” showmance. Next, we get to see what we think was probably Ian’s first and ever date with Ashley.

Next we get to see when Frank and Ian came head to head when Frank was in the carrot suit and when his back was turned, Ian flipped the bird, repeatedly. Now we get to see Dan’s funeral again and Danielle tells him that she didn’t appreciate it. Ian reminds Dan and Danielle that only one Quack Pack member can win, so he tells them, “may the best duck win”.

Finally it’s time for the final HoH called “Hook Like and Sinker”. The house guests have to hang ride on a fishing hook and hang on for dear life when they are dunked under water and banged against a wall. Well, that’s it for tonight. Big Brother is going to make us wait for the 90-minute live finale on Wednesday night to see how the rest plays out.