Billie Joe Armstrong On The Voice: Rehab and Madness Won’t Keep Him Off 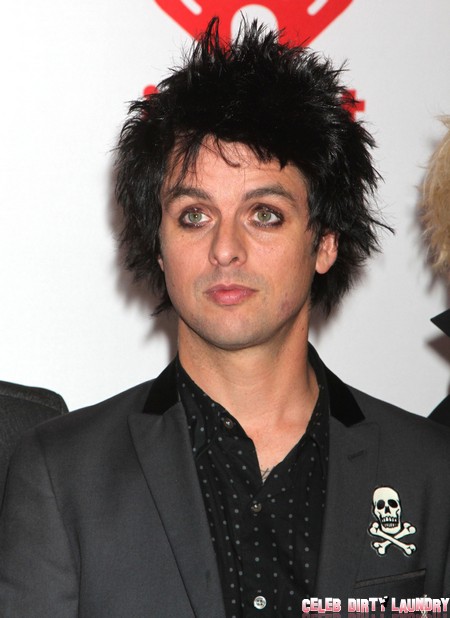 Billie Joe Armstrong has been hot music industry property for over a decade. He has been the soundtrack to a generation of neo-rebels with Green Day and has built a brand on artistic liberation. However, Green Day became a bit of a Blue Day at the recent iHeart Radio Music Festival when Armstrong witnessed a time warning whilst on stage and freaked out like that sad dude on The Bachelorette. Everything immediately went into “questionable” status, including Armstrong’s gig on The Voice alongside Christina Aguilera.

A statement was released that Armstrong was going to rehabilitation for substance abuse and Green Day fans became overwhelmed with the thought of losing their favourite band. “What will happen to the world?” They asked. “We won’t see Billie on The Voice anymore!” They moaned with sad text faces. Well, people of the Green Day generation, Armstrong will still appear on The Voice – his segment was pre-taped.

According to the latest reports, a representative of the show has confirmed that Armstrong will still appear as a co-mentor for Christina Aguilera. The rep told Deadline.com, “We’re taped and all set.” This is good news for the legions of fans who will tune in to see Armstrong give his advice to the aspiring musicians. His name is a powerful draw for a show that needs as many viewers as it can get – it has been beating The X-Factor, but people have been moaning and groaning about the integrity of the show and the exploitative value in the production department.

Armstrong will unfortunately be watching his segment from an undisclosed rehab facility and while we’re able to sympathize with his situation – I once became addicted to Cheerios and pink milk – we don’t believe this would be great publicity for the band’s latest album named Uno.

We will definitely be watching the viewership figures during the Armstrong episode to see if there’s a shift in audience numbers. Remember, freaking out on stage (remember Sinead ‘O Connor on SNL?) and having said freak out posted on the internet, might lead to one of the biggest draws of your entire career. Bad publicity is good publicity and even though this melodrama reeks of publicity stunt, we’re still wishing and hoping that Green Day comes back from this little incident stronger than before.  Meanwhile poor Adrienne Messer, Bille Joe Armstrong’s wife has to live with this dude and hope he gets better.

Let us know in the comments below if you’re a Green Day fan and how you think this will influence the future of the band.