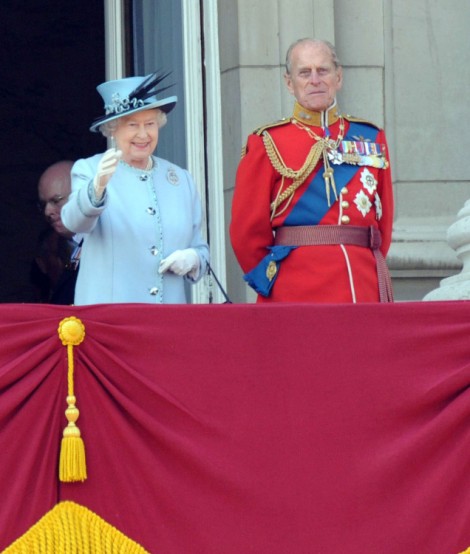 Buckingham Palace announced the Queen and the Duke of Edinburgh were resting after the Olympics in their Scottish retreat Balmoral when it was agreed he needed medical treatment. According to the The Sun, the palace would not disclose the nature of the illness.

Philip’s had a rough year. The 91-year-old missed five days of the Queen’s Diamond Jubilee celebrations earlier this summer because of a bladder infection. He also spent Christmas in the hospital for a blocked coronary artery.

The Sun goes on to describe Philip’s eating and exercising regimen but it really doesn’t have to justify Phil’s hospital visit. The prince is old and he hasn’t been looking so great lately. And he works – a lot. Kate Middleton could learn a thing or two from Philip who is a staple in that family. It’s pretty worrying actually because most of the sentiments among the Windsors is that the Queen would be quite lost without him. Obviously the palace is saying this latest visit was just “precautionary” but nothing is ever that simple when you’re dealing with a 91-year-old. Also, The Sun only says he has been taken to the hospital. We have no idea if he left or was admitted for further tests. We’ll keep you posted. Perhaps the palace will issue another statement later today.

Philip’s health has far reaching effects. Not only does it affect his wife’s life but it directly impacts Prince William and Kate Middleton’s plans as well. William is trying to justify holding off royal life a little longer to stay in the RAF. That just won’t be possible if Prince Philip’s health deteriorates any more. Someone will need to pick up the slack and I think the world is ready for William and Kate to pick up the reigns especially after their successful Olympics outings.

Do you think the palace is trying not to alarm us? Is Philip’s health more precarious than they are letting on?