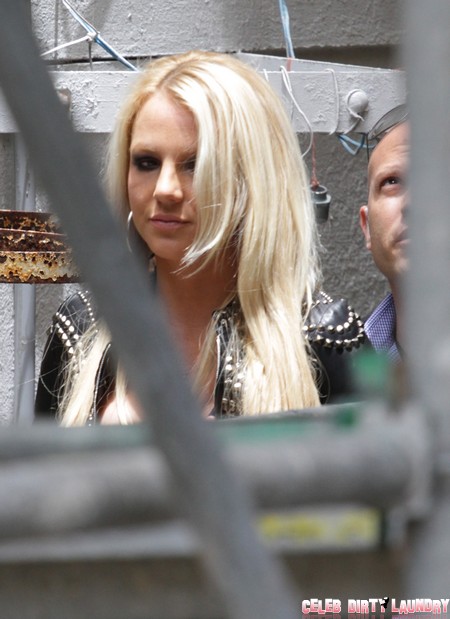 Britney Spears went from broken down has-been to recuperated elderly looking pop star, and X-Factor USA was merely the cherry on this proverbial cake. Britney’s stint on X-Factor was highly publicized by pre-hype promotional videos, but her performance on the show didn’t start off at the same level. Her off-tempo and too rehearsed critique came across as contrived and sterile at the beginning of the season. Fortunately, Britney picked up the bad one-liner ashes and showed her true judging worth as the season progressed.

The live shows rocked up at our television screens last week and Demi Lovato’s Viking makeover, plus Khloe Kardashian’s nip-nips, became the main focal points of the season. We’ve been waiting for a Brit-Brit train wreck, but Britney’s reserved and classy presence on the live show astounded wannabe fans and die-hard Spears lovers alike. X-Factor USA brought Britney back to the doorsteps of middle-America last week and allowed us to witness the prodigal return of pop music’s most polarizing daughter.

The season is not even finished, but Britney has already said yes to a new contract for the 3rd season of the popular, yet struggling show. The ratings have been uninspiring at best, but Britney did not allow these viewership figures to become an obstacle in her contractual agreements. The pop star’s future on the show seems to have already been discussed by producers, because when the she was asked whether she would be returning to X-Factor next year, she plainly answered, “Yes, I definitely will.” However, Britney’s salary will undeniably be upped by a few million. She is currently the second highest paid celebrity judge on reality television, only surpassed by Mariah Carey’s cool $18 million for American Idol. Brit’s predecessors on X-Factor also earned a pittance compared to her salary – Paula Abdul earned $3 million, while Nicole Scherzinger earned $1 million.

Britney’s not a stupid blonde bimbo without any business savvy. Obviously she picked up on the latest reality television trends and capitalized on them, otherwise she wouldn’t have agreed to a preliminary six month contract on the music talent show. Nevertheless, there’s still a nagging fear that reality television might completely lose its appeal after the completion of X-Factor USA’s second season and American Idol’s latest season. The trends currently do show a downturn in popularity, especially with the acerbically judged talent shows. The Voice and America’s Got Talent, however, are showing a steady increase in ratings. All of the doom and gloom aside, X-Factor is here to stay, whether viewers agree or disagree, whether average musicians crash and burn on live television, and whether the judges decide to stick around for another season. The show has become a tradition, and once a tradition takes hold in reality television, there’s no turning back.

Will X-Factor USA be Britney’s swan song? Or will it catapult her to stratospheric levels of fame? Let us know your thoughts in the comments below.