Brooke Mueller Solicits Charlie Sheen To Get Her On ‘Celebrity Rehab with Dr. Drew’ 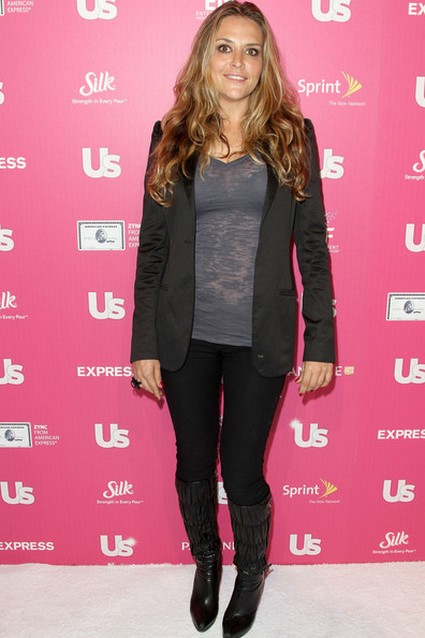 Brooke Mueller is a sadly messed up crack head but that doesn’t mean that she isn’t also a famewhore. Now that Brooke has finally agreed to do rehab (again), after being arrested and charged with cocaine and assault offences, she figures why not use the opportunity to push herself into the public eye. To this end Brooke has solicited ex-husband Charlie Sheen to get her talentless ass on “Celebrity Rehab with Dr. Drew,” according to the Chicago Sun-Times.

The only reason Brooke agreed to do rehab now is because her lawyers convinced the junkie that it will present a better picture to the court. Her lawyers will attempt to get her some celebrity justice and postpone her appearance for cocaine and assault charges and eventually get her a plea bargain. In fact Mueller has avoided serious inpatient rehab, using her children as an excuse, and she is doing what is in essence a fluff outpatient program that allows her to go home each night.

So let’s see what kind of useless famewhore Brooke really is: she refuses proper inpatient long-term rehab, which she obviously needs desperately, using her neglected twins as her excuse – she just can’t be away from them every night… ; but since she can’t resist turning her latest disaster into an opportunity for fame, she asks Charlie to get her on Dr. Drew so the whole world can see her pathetic state. Now isn’t that a great mom!

The only difference between the pathetic tramps displayed on the ‘Teen Mom’ shows and Brooke Mueller is money. She has it – they don’t.