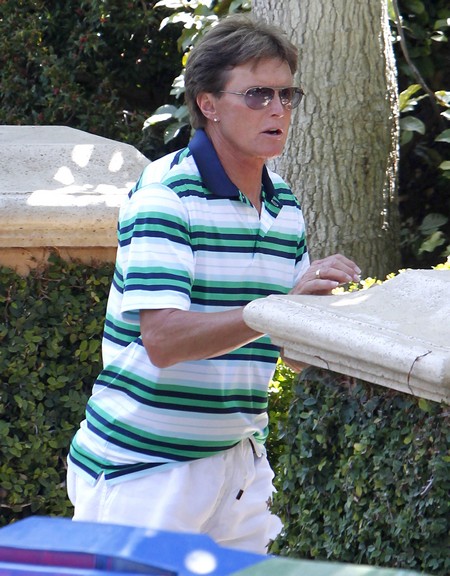 Bruce Jenner has caught Kris Jenner cheating with ex-lover, Todd Waterman. This is the final outrage for Bruce who has already been driven to the edge of his sanity by the monster famewhore he mistakenly married. As we reported this morning, the Jenner’s marriage is practically over already – and learning that Kris is two-timing him will hopefully push Bruce into taking the next step and filing for divorce.

Bruce went nuts recently when he realized that Kris was pimping out their daughters Kyle and Kendall.  Bruce was naturally terrified, as any dad should be, that Kris would turn his little girls into sleazy famewhores like their half-sister Kim Kardashian.  After all, what father would want to see his children take the sex tape route to fame and fortune?

The National Enquirer busts Kris’ infidelity wide open:  KARDASHIAN clan matri­arch KRIS JENNER’s 21-year marriage is on the verge of collapse – after hubby Bruce Jenner caught her cozying up to her boytoy lover!

Momager Kris, 56, secretly re­kindled her passionate relationship with Todd Waterman – the young hunk who was her lover during her marriage to the late Robert Kar­dashian – earlier this year, sources say.

Olympic champion Bruce, 62, was blindsided when he walked in on Kris composing an e-mail to Todd, insiders say, but what he doesn’t know is that Kris also met up with her ex-lover for a hush-hush roman­tic rendezvous!

In a recent interview, now 46-year-old Todd admitted that he continued an intimate relationship with Kris even after she started dating Bruce – the gold medal decathlon winner at the 1976 Summer Olympics.

“Bruce would feel totally be­trayed if he actually knew the length and breadth of Kris and Todd’s current relationship,” the insider divulged. “They had con­tinued to feverishly e-mail each other, flirt and text.”

And THE ENQUIRER has learned that Kris did, in fact, meet up with Todd for a romantic dinner at an L.A.-area restaurant.

“I think Kris is covering up a lot of secrets and lies,” said the insider. “After the latest drama, Kris calmed Bruce down by swearing up and down that she loves him, is devoted to their family and would never do anything to jeopardize it,” said the source.

“But Bruce’s feel­ings are still raw. I don’t think he can take much more, and will be wondering what else Kris is up to behind his back.”

Bruce faces a tough situation.  Kris is a self-confessed slut who probably considers her gross acts of betrayal to be mere peccadilloes.   My advice to him would be to get out of his marriage to Kris and away from all things Kardashian while he still has his health.  Of course Kris will do her best to leave him penniless in any divorce, but as he is rumored to worth over $100 million he should salvage enough to get by on.