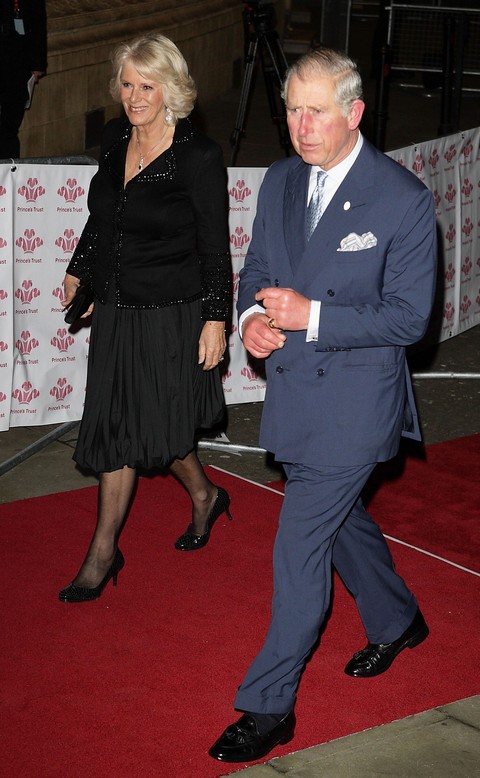 The Duchess of Cambridge, Kate Middleton, is barely in her first trimester of pregnancy, but her father-in-law, Prince Charles, and his wife, Duchess of Cornwall, Camilla Parker-Bowles, are already making plans on how they will spoil their royal grandchild to rotten.

Though Camilla already has grandchildren of her own this will be the first for Prince Charles.  His oldest son and heir to the throne, Prince William, is expecting his first child with his wife, Kate Middleton.  The entire family is said to be ecstatic, but none more so than Prince Charles.  In an interview the Prince stated, “It’s a very nice thought to become a grandfather in my old age.”  Can you imagine how the royal baby will be doted on by his grandfather?  I wouldn’t go as far as to say solid gold rattles are in the baby’s future, but the amount love and attention this child will receive will definitely surpass that of Prince’s William and Harry.

With Kate’s pregnancy issues and the baby’s impending birth, the royals definitely have their hands full keeping paparazzi and the media at bay.  It was said to be a circus outside of Kind Edward II hospital after Kate was released.  She was being treated for hyperemesis gravidarum.  An extraordinarily intense form of morning sickness.  Then they had to deal with the alleged suicide of the nurse who took the prank call from Australian DJ’s posing as the Queen of England.

As I said before, Duchess Kate is still in her first trimester so be prepared for more stories from the media circus surrounding her pregnancy.

What do you think CDL readers?  Will Prince Charles be the doting grandfather and cause Camilla to become jealous?  Will Kate have twins?  Is the royal baby a boy or a girl or both?  Will there be even more drama from the royal camp?  When will we see Prince Harry naked again?  I hope to find out these answers soon.