Can Dallas Survive Without Larry Hagman as JR Ewing? 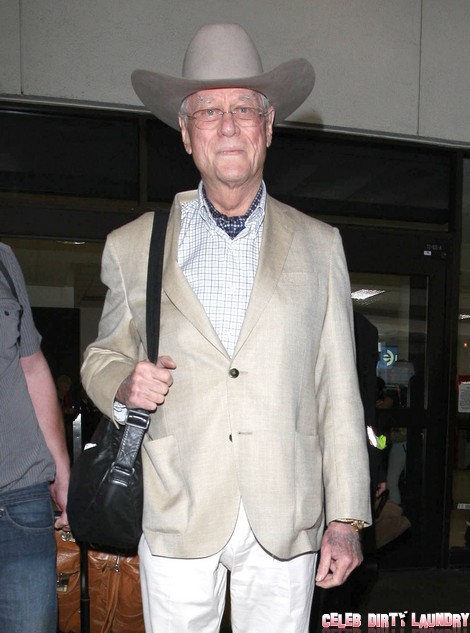 When I think of Dallas I immediately hear the theme song in my head and I remember being a little kid at my grandmother’s. It was her favorite show and it happened to air on the night that I slept over each weekend. I can still picture the original cast from 30 years ago and honestly, they are who my mind flashes to when I think of the show. By now everyone knows that Larry Hagman died on Friday from complications related to the cancer that he had battled for some time. Fans loved his acting but those close to him have offered an outpouring of stories about how kind and gracious Larry was.

As an actor, Larry skyrocketed to fame in the late 70’s portraying J.R. Ewing on the nighttime soap, Dallas. J.R. Was evil and scandalous and all the other qualities necessary to make a great villain. He was legendary and so was Larry in his portrayal. At one point he told about creating a specific laugh for the character. Larry was invested in J. R. and so when, thirty years later, TNT execs came knocking, he was ready to join the cast of a rebooted Dallas. I have to admit, I wasn’t sold on the idea and it took a few episodes for it to begin to feel familiar but you know what, somehow this updated version really has worked. Having J.R. There still working his evil magic with a younger generation of Ewing’s was believable. He was still clearly the corner stone to the show.

Larry had already filmed appearances for the second season of the show which is set to air on TNT this January. I’m not quite sure how the show will continue after that without him, or even if it should. Without the uber rich, all-knowing,  oil tycoon pushing everyone’s buttons it really won’t be the same.

Should Dallas continue without Larry Hagman, or does the series need to be put to rest with the actor who made it famous? Tell us your thoughts in the comments below!