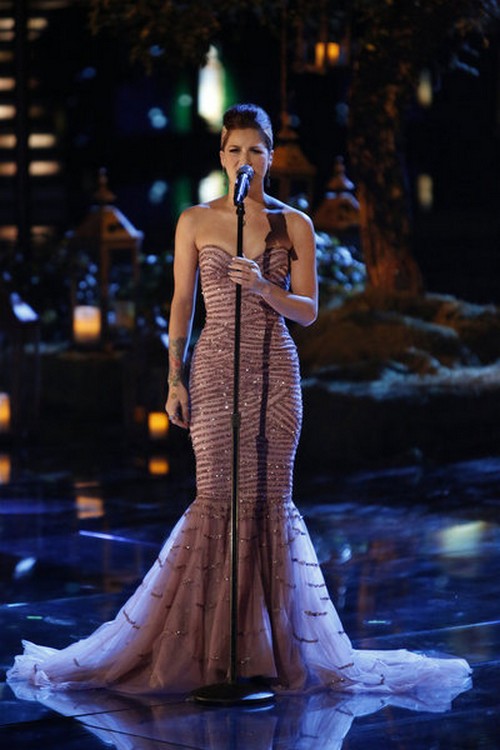 We get another behind the scenes when Cassadee, her sister, mom and boyfriend all visisted Blake at his house and her mom thinks Blake has given her the confidence to be on the show.  On to the next performance, it’s Cassadee and coach Blake singing Cheryl Crows’ “Steve McQueen”.