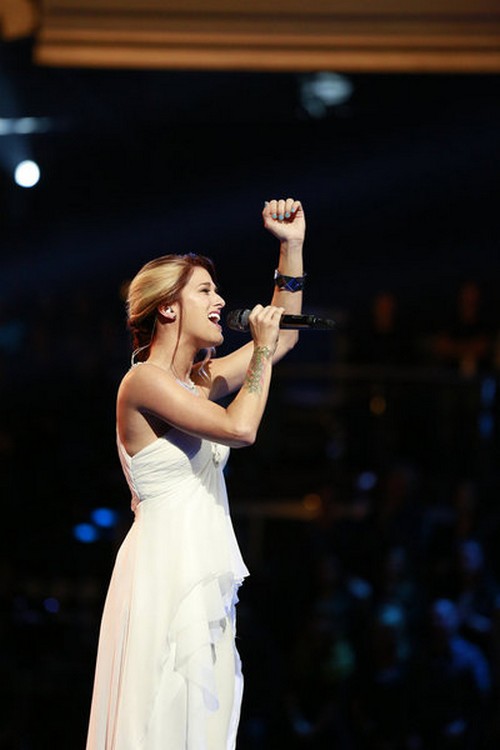 Cassadee Pope took the stage tonight on THE VOICE for her Top 8 video performance.  Cassadee sang “Are You Happy Now” by Michelle Branch.  Tonight’s show the top 8 performed live in front of coaches Christina Aguilera, Adam Levine, CeeLo Green and Blake Shelton for America’s vote and a chance to move on to the elite eight.  Did you miss tonight’s episode?  If you did we watched it and we recapped it here for you.

Judges Comments: Cee Lo “To answer your question, I am not happy now because you could win this competition”. Adam “We used to open for Michelle Branch. I was a little scared of the smoke machine but you are the front runner. You did a really great job this week”. Blake “It is Cassadee’s mom’s birthday and America is something important, last week was vulnerable, this week you showed that you are just as good as anyone else in this competition, thank you for being on my team”.

All the judges loved the song – they thought she killed it and she is the one to watch in this competition. To vote for Cassadee Pope: 1-855-VOICE-08