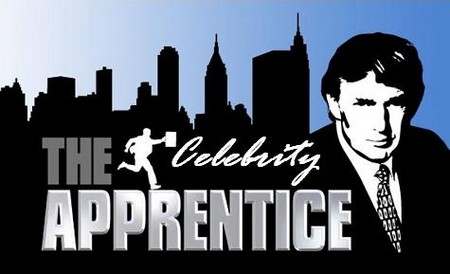 Last Sunday night Donald Trump fired Paul Teutul, Sr. from “The Celebrity Apprentice 2012.” If you missed any of the episode, you can read the entire recap HERE.

This season has had plenty of drama and it’s not over yet, there will be plenty more coming this week in episode 10, entitled “Winning By A Nose”. Trump invites the celebrities to his luxurious penthouse where he gives the teams their new task, they have to create a slogan and in-store display for Donald Trump’s new fragrance, “Success”. There will be a re-match between two Project Managers when they fight to win $100,000.00 for their charity and one of the leaders will be indecisive which will cause a lot of concern for the rest of the team.

Clay Aiken and Aubrey O’Day will be the Project Managers this week and Aubrey butts heads with Arsenio again!!! I don’t know about you, but I’m definitely on ‘Team Arsenio’ and look forward to ROUND 2! In a first for this season, one Project Manager sells out their team to Eric Trump, my bet is that it will be Aubrey, she is certainly the type to do it.

We’re all used to Lisa Lampanelli putting her nose in where it doesn’t belong and this week she puts her nose into spying on the other team to see what their approach is for the presentation. Wow, if being a racist and bully weren’t enough, she is now a cheater, how charming!

[MAJOR SPOILER DON’T READ ON IF YOU DON’T WANT TO KNOW, I AM GOING TO REVEAL WHO GOES HOME TONIGHT]

My sources tell me that even though Clay’s team loses, Penn Jillette is going to get himself fired this week and take one for the team. I would much rather see Aubrey or Lisa get fired, but sadly it won’t be this week.

Don’t forget to come back next week when we will have all the nasty details of ‘ROUND 2’ between Aubrey and Arsenio.